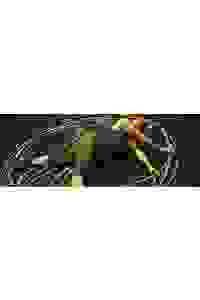 The work theatrically combines Kelly's deeply personal texts with movement, video, music, song, and live drawing into a ‘live memoir’. His experiences within the East Village art scene of the 1980s, gender performance, and the AIDS epidemic, have defined his status as a survivor whose presence challenges the ruptures in our cultural and generational dialogue.

See it if you're interested in John Kelly's work, or downtown performance, or how an artist finds a voice, or how AIDS devastated the arts community.

Also John Kelly has been a fixture in downtown theater, dance & performance for 40-plus years. He’s also a powerful vocalist. His work often draws on opera & art song, & he’s probably best known for his uncanny, ethereal renderings of Joni Mitchell songs. We get bits of all this in Kelly’s current show, performed live & on old films. Blow-ups of sketches from his decades of journal making show him to be a striking graphic artist, as do drawings he executes live on the floor of the Ellen Stewart Theatre. Readings from that journal structure this piece, & reveal Kelly to be a thoughtful, scrupulous artist, & a keen observer of himself & the scene around him. One early journal entry glories in how the artifice of performing in drag enables Kelly to truly express himself. In this show Kelly mostly expresses himself without a filter, directly, & never more eloquently than when he chronicles the cost of the plague years of AIDS, to him & to the scene to which he’s long been a vital contributor.... Read more Read less

See it if you remember the contribution of downtown performance artist, John Kelly, and the hey-day of Wig Stock--and yes, Miss Canada sings one song.

Don't see it if nebulous structure and hazy remembrances of diary entries resurrected at La MaMa for the downtown crowd isn't an evening for you.

Beau G
New York City
35-49 | Male
177 reviews
Get Alerts Alerts On Alerts Off
70
Stage documentary that depends on familiarity with past, stronger performances, Intermittently engaging, Lacking in focus if not fierceness
March 2nd, 2018

See it if you've seen at least some of Kelly's performance art pieces over the years; not enough live performance here to give you a sense of his work

Don't see it if you don't already know Kelly's oeuvre or milieu; you don't like portrait-of-the-artist style reflections

Also The impetus for this evening seems to be an older artist who has seen his community decimated by AIDS wondering about and yearning for the broken conversation between his generation and those that followed. Unfortunately, that conversation is not facilitated in any sustained way by this mixture of journal entries, biography and bildungsroman. The visual elements, largely projections of diaries and bits of performance footage, are augmented sporadically with live drawings made on the stage floor. Sadly, none of this gives much of a sense of some of Kelly's indelible stage incarnations: Dagmar Onassis, Egon Schiele, Barbette. One is left feeling elegiac, not for the lost AIDS generation, but for the lack of self-reinvention in this piece.... Read more Read less

See it if Are interested in performance art and a fan of John Kelly. The poignant acknowledgment of the lives affected by AIDS. 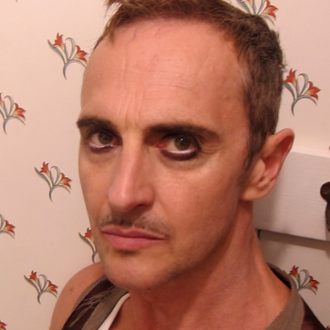 John Kelly
Writer / Performer
Get Alerts Alerts On Alerts Off