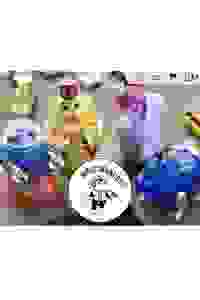 In this new play from the New York Neo-Futurists, a band of tiny adventurers, four wind-up creatures–a monkey, a robot, a dinosaur, and a unicorn—embark on a fantastic journey. More…

Although they move in short and unpredictable bursts, when they stop they trigger the performers into various rituals, stories, songs, and dances. Along the way they discover how to persevere, explore community, and celebrate random interactions. 'Wind-Up Variations,' is a multimedia retro punk meditation, an experiment in Neo-Futurism, a theatrical spectacle of the real and tangible shared everyday moments finding poetry in the routine and the chaos.

See it if the Neo-Futurists' brand of subversive, unconventional, absurdist comedy suits your aesthetic; you're prepared for a hastily-composed work.

Don't see it if you lack the patience for a well-intentioned & fun but overambitious, scattered screed that's a little too idiosyncratic for its own good.

Also Choose the first three rows or any aisle seat if you want to interact with the cast. (The seating is general admission, so you can easily avoid those seats if you don't want to be interacted with.)... Read more Read less

See it if you're willing to take a chance on 4 personable performers doing goofy stuff with conviction & no more direction than: "Full speed ahead!"

Don't see it if you're looking for a play, or traditional comic improv, or have an aversion to audience participation.

Also In 1995 a group of young performers visited NYC to present their Chicago hit, “Too Much Light Makes the Baby Go Blind.” The visit wound up lasting a couple of years. I was delighted, & so were enough of my fellow New Yorkers that the performing troupe, The Neo-Futurists, started a local branch. Many years & several pieces later, the NY Neo-Futurists are now previewing “Wind-Up Variations.” I liked the 4 friendly performers, 3 of whom I interacted with personally over the course of the 90-minute piece. But I was not delighted like I was 23 years ago. Then there were many quirky little stories, enacted outrageously. Here not a lot rose to the level of story, despite this ostensibly being the journey of 4 tiny wind-up toys, & journeys, like plays, should have an arc. But this is neither play nor improv nor sketch comedy. I should mention that I sat amid a group of savvy college students from out-of-town. The offbeat goofiness was more than enough to earn their vociferous approval.... Read more Read less

See it if You want to take a weird road trip w/a likeable cast. You like immersive elements. You want philosophy, nostalgia, music & storytelling.

Don't see it if You prefer linear storytelling. You dislike experimental and/ or immersive staging. You prefer bigger production values.

Don't see it if you prefer well written book, excellent acting, and interesting costumes and staging, or cannot sit 75 min with no interval or travel to LES

See it if You're young and have never experienced any sort of protest or political theatre. Well meant but too much the stuff of student theatre.

Also Vintage wind-up toys, more mechanical and functional, might have smoothed things a bit but as is, a lot of facile metaphor, physical business and forced audience involvement has to be plowed through before finally arriving at a simple “dare to be” song and exhortation that would have been at home in the early 70’s.

It’s a far cry from the Neo’s last, The Great American Drama. An almost Zen attempt to capture the moment — the actual time and experience of the performance attended, as well as the American Dream — it created a sense of community and possibility in the process that bound the audience. It was all intelligent, sophisticated, easy, unforced and entertaining, the opposite of Wind-up Variations.

An early bit has the uneven cast reciting and finishing the line “I feel safe —“ with lists: at home, onstage etc; but it’s never certain the audience ever felt completely welcome, safe or persuaded. However well-meaning, better luck next time.

See it if You like fun interactive shows without a clear linear storyline, and you like playfulness within plays.

Don't see it if You want something straightforward and serious.

Paladin
Bronxville
65+ |
179 reviews
Get Alerts Alerts On Alerts Off
20
Excruciating, Awful, What were they thinking?, Tedious
May 1st, 2018

See it if Don't waste your time. It doesn't seem to have anything to say. What were they thinking?

Don't see it if You enjoy theater. Can I get my 80 mins back?

See it if you're a fan of the Neo-Futurists. You like absurdist/non-traditional theatre with a sweet final message from 3 earnest, talented performers

Also If you don't want to be interacted with, don't sit in the first three rows or on the aisle.... Read more Read less

See it if you like works from the Neo-Futurists' and enjoy quick scenes that fit into the overall theme of the show.

Don't see it if you are scared to not understand what is going on.

Don't see it if uncomfortable chairs will ruin the whole experience for you, or if you don't want performers coming into the audience to talk to you.

See it if You like wind up toys, trippy projections, fun ensemble and audience participation and electric guitar and smoke machines

Don't see it if Your sober, you need a story, would like to have a clue what is going on. Are annoyed by synthesizers and being sprayed with mist

See it if you enjoy the work of the Neo-Futurists. You are looking for a very different evening of theatre. Style is more importance than substance.

Don't see it if you are looking for a traditional play or illusionistic acting. Don't like actors breaking the fourth wall.

Also The Neo-Futurist style is an acquired taste, exploring the edges of what constitutes a play or what theatre is. I have appreciated their work in the past and thoroughly enjoyed this production. The plot- as it is- four windup toys embark on the journey, but the evening is more about the variations on a theme, rather than the theme itself.
Four extremely personable actors, aided by a few stagehands, show this theme in a multitude of ways having a great deal of fun along the way.

Employing music, video and at several times going into the audience and speaking directly to a single audience member with others in the audience overhearing their private conversation. Not for everyone, but that audience was more than willing to ride along.

This is not for a static observer. The audience has to be cooperative as they are taken on the journey and take an active role.

"The story of an unstoppable wind-up monkey...The ensemble regales us with some deceptively simple stories that add up to a satisfying, powerful whole...Have no fear, the monkey is not alone. A wind-up blue dinosaur and a wind-up robot join in the march. And, in one of the show's many beautiful m...
read more
Get Alerts Alerts On Alerts Off

New York Neo-Futurists
Producer
Get Alerts Alerts On Alerts Off 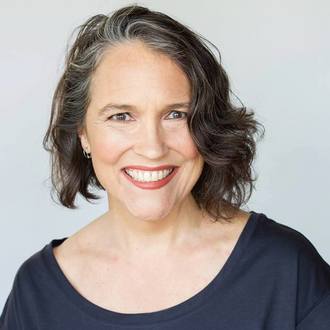 Ayun Halliday
Cast
Get Alerts Alerts On Alerts Off 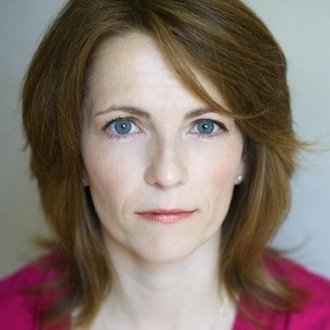 Eevin Hartsough
Cast
Get Alerts Alerts On Alerts Off 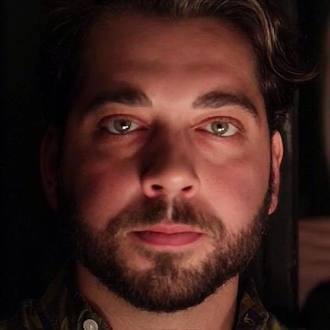 Daniel Mirsky
Cast
Get Alerts Alerts On Alerts Off 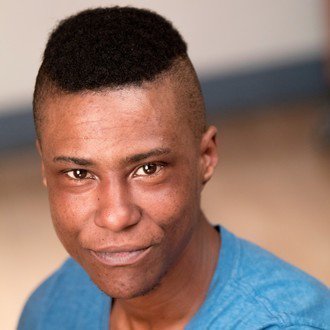 T Thompson
Cast
Get Alerts Alerts On Alerts Off 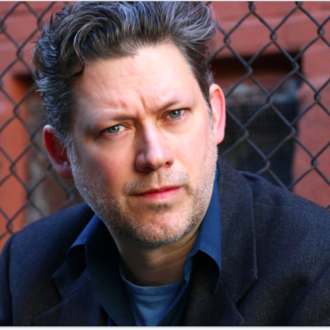