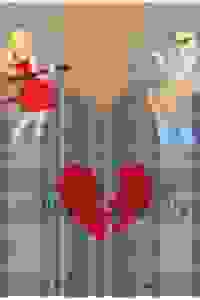 You belong with me because you're so vain (FringeNYC)

See it if You're looking for a cute gay romantic comedy with a non-white main character who has visions of Taylor Swift and Lady Gaga advising him.

Don't see it if You don't like formulaic romantic comedies, T.Swizzle, or Lady Gaga (though the impressions are hilarious)

"Comes across as a generic romantic comedy about a hopeless romantic looking for love in all the wrong places. Tunarrosa does double duty as both the playwright and the lead actor...Tunarrossa fails to deliver the material with the same gusto as the rest of his cast mates...The best part of 'You ...
read more
Get Alerts Alerts On Alerts Off
"This idea and story were strong...The execution, not so much. Tunarrosa's story has some fabulous plot holes that need to be patched up...ZanFagna's direction was a bit absent. With the rules being inconsistent, he haphazardly built the physical world...Writing a star vehicle for yourself isn’t ...
read more
Get Alerts Alerts On Alerts Off