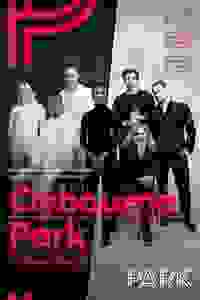 In 1959, Clybourne Park is predominantly a white neighbourhood and a bereaved couple seek to sell their property to a black family in haste. Fast forward to 2009, Clybourne Park is now predominantly a black neighbourhood and a young white couple are moving in. Bruce Norris' satirical play won the Tony Award and Olivier Award for Best Play as well as the Pulitzer Prize.

See it if The cast delivered engaging performances but I can't quite understand the hype around this play. Enjoyed 'Appropriate' much more.

Don't see it if US race discussions make you uncomfortable? But it's not that heavy.

See it if You like independent small theatres. I felt completely absorbed by this play,

Don't see it if You don’t like listening about racial issues.

See it if You like watching great actors (some of them in a debut role) in a small venue. A still very relevant play which is highly entertaining.

See it if Interesting show with good performances

See it if you love sharp and funny writing and enjoy a poke at political correctness.

See it if You want to see an important new play about race in America, or if you're a fan of "A Raisin in the Sun".

Don't see it if You dislike discussions of racial inequity.

Don't see it if If you don't like plays with serious themes. helps to have seen A Raisin in the Sun. It stands on its own but knowing Raisin adds res

It’s a solid production from director Oliver Kaderbhai, of a play that stands up well enough. Could it ever become a smash hit again?...What was once a vicious rebuke of white privilege is now a nostalgic reminder of a happier time.
Read more

...it sets up a deeply moving and complex drama in its first part that feels as if it is leading to an explosive second, yet does not quite deliver emotional or intellectual depth...The cast, however, is little short of magnificent, and the actors bring every last offensive joke, inanity and quieter moment alive.
Read more

The problem is that Norris has given us types rather than fully rounded characters. It’s to the enormous credit of the actors that they almost make us care about them.
Read more

This may not be a play for the squeamish in our trigger-happy times, but it remains about as smart as they come.
Read more

Oliver Kaderbhai's production fizzes with energy and features a top-notch ensemble...And although at times the production perhaps strains a little too hard for laughs, it's entirely forgivable when the material is so rich.
Read more

The play proposes no pat answers, no agenda, preferring to take us on a giddying tour of the flaws in our moral armour...This an excellent revival of a terrific, clever play, stylishly directed by Oliver Khaderbai.
Read more