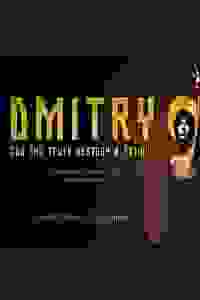 It's the early 17th, and Russia stands defiant against the Roman Catholic and Protestant churches. The Kremlin has suppressed religions other than the Orthodox Church, which propagates nationalist sentiments. In Poland, a young man appears to fight against Russia's tyranny. Dmitry has the support of the Polish army, but the Russian threat marches on in Moscow ...

'Dmitry' marks the first production at the new Marylebone Theatre.

See it if you want to see an interesting- if at times confusing- tale, filled with twists and turns.

Don't see it if you don’t like very long plays, though the 3 hours didn’t seem to drag on as the story takes time to develop. Read more

See it if you want to see a well-written well-acted story about a person trying to recover his birthright.

Don't see it if you would prefer a musical or sharp socioeconomic satire about problems of today. Read more

"The play, stretching out to well over two hours including an interval, takes us into the complexities of political manoeuvering, brittle alliances forming and fading as interests shift, family relationships falter and religion and nationalism bounce off each other."
Read more

"This is probably the only chance you’ll ever get to see a production of ‘Dmitry’, and at the very least it’s a cracking story, entertainingly told."
Read more

"Not to worry, theatregoer. This new adaptation by Peter Oswald may start out befuddling, but it ends up bewitching."
Read more

"It's always a pleasure to welcome a new theatre to the fold...But, topical as it may be, this opening production fails to deliver a suitably celebratory inauguration."
Read more

"The production is better taken on its own, knotty terms, as a tale of toxic nationalism."
Read more

Dmitry was indeed a bold choice for this new theatre, but in the main it is one that has paid off. This is a powerfully relevant story that has been spectacularly told.
Read more

"There is certainly something Shakespearean in the panoramic shuttle between factions, and the way scenes of public assertion are slashed by moments of intense private doubt, shared with the audience alone."
Read more