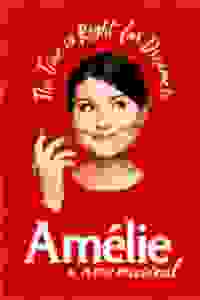 Amélie is an extraordinary young woman who lives quietly in the world, but loudly in her mind. She covertly improvises small, but surprising acts of kindness that bring joy and mayhem. But when a chance at love comes her way, Amélie realizes that to find happiness she’ll have to risk everything and say what’s in her heart.

See it if It is missable. There's a sweetness for sure. Soo and Chanler-Berat were great. But if I hadn't seen the movie, I would have been lost.

Don't see it if You want a thorough, cohesive show. Or if you haven't seen the movie. Score is unmemorable.

See it if you want to see the delightful Phillipa Soo and a happy ending.

Don't see it if you are expecting an absorbing, grown up musical and a good score. The play seems geared to a teenage audience, which was very unexpected.

See it if you want great singing by Phillipa Soo, and if you love Adam Chanler-Berat.The music is forgettable.Set is too busy and dreary. No whimsy

Don't see it if you loved the movie or are looking for a touching, whimsical, fun show.It feels far too dark. I wanted to love the title character.

See it if you like Phillipa Soo and charming endings.

Don't see it if you prefer shows that are less whimsical and more interesting. The music was unmemorable.

See it if you want a feel-good, lighthearted musical that will make you smile.

Don't see it if you're a huge fan of the movie or are looking for something more serious.

See it if you must see Phillipa Soo back on Broadway; don't mind a short, uneven musical-fantasy-comedy that lacks focus; can put aside expectations.

Don't see it if you're a fan of the film, which is much more enchanting than this promising yet misshapen musical that tries to do too much--but great cast!

Also I love the idea that this musical is supposed to be a feel-good production, a "love-letter to imagination," as the producers claim. Indeed, there's creativity in abundance in Amélie, and while a flawed production, it does have its charms. Yet, what makes it as unsuccessful as it could be (why the show is closing early) is because it is for a niche audience. It's too whimsical and fairy-tale-esque, if not nostalgic, to be a show for the more avid, mature theatregoers looking for super-intelligent plots and writing. Yet, it's too risque for younger audiences (with pornography, sex, and other mild yet clear references, this is not a show that a family can attend with young children in tow--or, at least, I would not it). The 2001 film has the right amount of focus on enchantment within real life; this musical tends to lack that focus, as it tries to do too much. Paring down the young-Amélie bits and focusing on a series of "do-good" events would have been smarter. The cast deserves more.... Read more Read less

See it if Love the film and want to feel good about a live adaptation.

See it if like me, you're a big Phillipa Soo fan. Otherwise, NO. It's SO "kiddie". Amelie (character) seems like she's in another show altogether.

Don't see it if like me, you don't like grammar school spring showcases. Was SO looking forward to seeing Amelie. Except for diverse cast, SO disappointed.

See it if If would like to see a BIG HEARTED musical story about something the entire world is searching for. LOVE. Here, you will find it!

Don't see it if If you want big, big musicals. This one has a gentle, sweet message.

See it if You are a fan of Phillipa Soo. Her voice is radiant.The cast performs well ,but cannot overcome disappointing staging,choreography and songs

Don't see it if You have many other musical options from which to choose. The individual performances are better than the overall package.

Don't see it if You loved the movie, the music from the movie (they didn't even have an accordion!), or you care about story.

See it if You've seen the movie - you may be lost otherwise. You want to see Phillipa Soo

Don't see it if You want to see a show that is cohesive. This is quirky for quirks sake, which makes it not quirky but rather confusing

See it if you like Phillipa Soo, the source film, or quirky-precious romcoms in general.

Don't see it if You don't like those things above. This is light fare geared to amuse. It's also <2 hours with no intermission. Yay!

Also I found Soo very good in Hamilton, but here she is breathtaking. She is also the high point of the show by a significant margin. To the musical's credit, the film is weird and cutesy and borderline creepy (like so many romcoms, eh?) -- and the show hews to that vibe.

From singing fish and garden gnomes, to mannequins with nuns' habit and ballgag, this musical is full of whimsy. I almost wish it had committed to rigorous surrealism instead, but c'est la vie. And for all the talk (and there is a lot of talk - and singing) about Zeno's paradox, there is little intellectual meat to this sugarspun musical. The lyrics are plain enough to be incidental, although the music is often lovely.

In this end, if you can tolerate the setting, it is completely worthwhile to see Soo act and especially sing Amelie so well.

See it if you are Phillipa Soo fan. If you like off-beat, sweet, romantic stories. I had low expectations going into this and was charmed.

Don't see it if You want either a big, splashy musical or something serious. If you are cynical about romance.

See it if you love the movie or are just looking for a cute show that makes you feel good.

Don't see it if you are not looking for a show that is purely entertainment.

See it if You like shows that are fanciful, slightly charmingly absurd at times, whimsical, and romantic. If you buy in to this show, it's a delight.

Don't see it if You don't like the above, prefer real world situations, are looking for "big" performances, or don't want a happy ending.

See it if Wonderfully quirky streamlined plot version of the movie with a winning Philippa Soo and talented supporting cast; "chick-flicky" & romantic

Don't see it if Similarly makes as little sense as its movie namesake; while songs serve the musical functionally I couldn't remember one song afterwards

See it if you love Phillipa Soo, you want to see all the current musicals, I guess if you are an Amelie nut, although you will find this disappointing

Don't see it if you want something outstanding instead of just clever and quirky. Music is bland and, in general, the film doesn’t translate well to stage.

See it if like light entertainment. Cleaver in many ways

Don't see it if You need musicals with an intermission, or don't like quirky and sometimes silly humor.

See it if you never saw the movie and are a huge fan of Soo and other members of the cast, even when stuck in a piece of whimsy that fails to charm.

Don't see it if you loved the movie and don't want your memories tarnished by such an unsatisfying adaptation.

See it if You want to see a dazzling production lead by an exquisite leading performance and clever direction.

Don't see it if You're looking for a stronger central plot - the core story is a little flimsy, like the movie it's based on.

See it if you want to smile. It's a very sweet show and the acting is good but the direction seems a little misguided.

Don't see it if you loved the movie. This adaptation might disappoint you.

See it if You need to see Phillipa. The story is odd with some silly elements that actually made me laugh out loud but they were few and far between.

Don't see it if If you didn't enjoy the movie.. don't bother. Also I found the number of tween girls in the audience odd given some truly adult content. 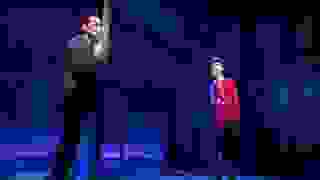 Previews, openings and some last-chance picks. 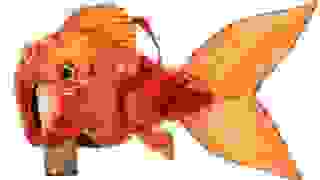 The Hats That Crowned Broadway

Does anyone still wear a hat? For designers on Broadway this season, the answer was yes, actually, they do. 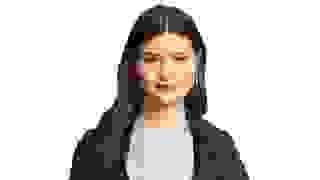 The Broadway actress on playing Eliza Hamilton and performing for the Obamas. 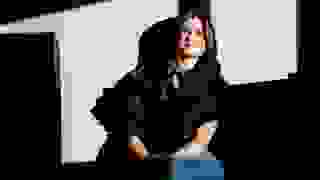 What Do ‘Hamilton,’ ‘Amélie’ and ‘Great Comet’ Have in Common? Phillipa Soo

Three roles Ms. Soo helped originate will be on Broadway at the same time. 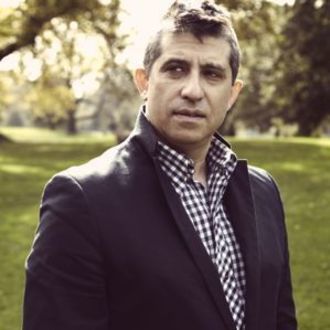 Daniel Messe
Composer
Get Alerts Alerts On Alerts Off 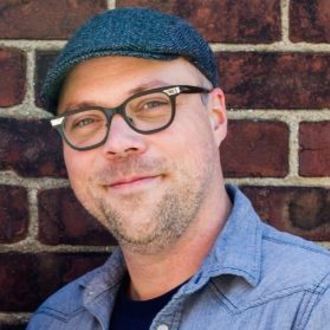 Nathan Tysen
Lyricist
Get Alerts Alerts On Alerts Off

Daniel Messe
Lyricist
Get Alerts Alerts On Alerts Off

Pam MacKinnon
Director
Get Alerts Alerts On Alerts Off 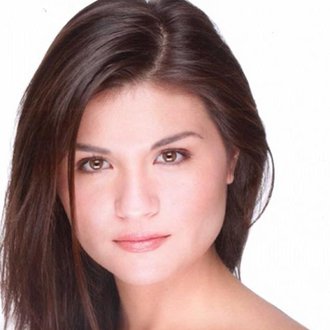 Phillipa Soo
Amelie
Get Alerts Alerts On Alerts Off 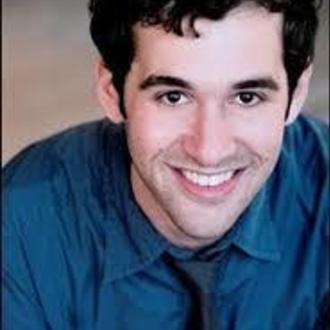 Adam Chanler-Berat
Nino
Get Alerts Alerts On Alerts Off 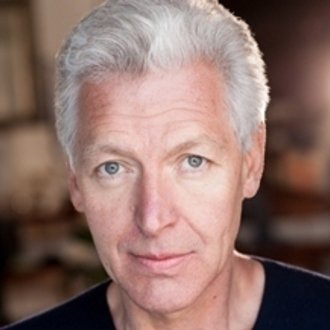 Tony Sheldon
Dufayel
Get Alerts Alerts On Alerts Off 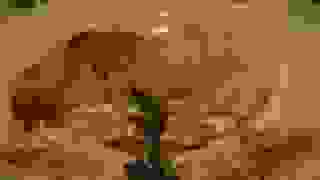 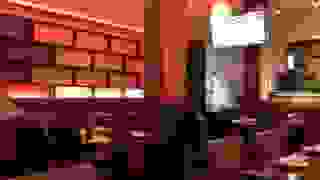 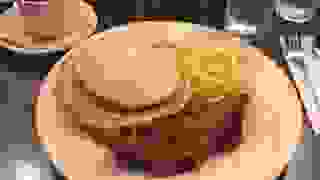 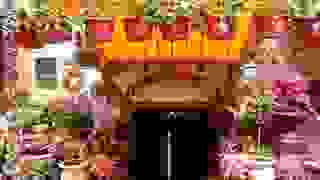