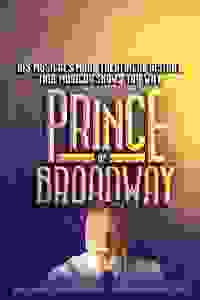 Prince is an American theater legend with a record-breaking 21 Tony Awards. Now he’s bringing together six decades of magical moments in this new musical, including fully staged hits from shows such as 'West Side Story,' 'Fiddler on the Roof,' 'Cabaret,' 'Evita,' 'Company,' 'Follies,' 'A Little Night Music,' 'Sweeney Todd,' and 'The Phantom of the Opera.' The production also features orchestrations and an original song by three-time Tony winner Jason Robert Brown ('The Bridges of Madison County'); a book by two-time Tony nominee David Thompson ('The Scottsboro Boys'); co-direction and choreography by five-time Tony winner Susan Stroman ('The Producers'); and direction by Prince himself.

See it if You like the playlist and have not seen the very recent production of 60% of the shows.

Don't see it if you expect to get to know anything remotely interest about Prince. It's a cabaret act that would be just as comfortable at 54 Below. Read more

See it if You enjoy musical revue's & want to see highlights from Broadway shows. The performers all have great voices.

Don't see it if You're looking for insight on Prince's life/career.Walked away learning nothing. This is cruise ship entertainment. Read more

Don't see it if you want to see a celebration of Prince worthy of his career or you want to learn anything about him you can't already learn from IBDB. Read more

See it if You are a fan of Prince and fond of his musicals, you follow some younger and emerging Broadway stars, curious about which shows were chosen

Don't see it if Don't like random, seemingly disconnected musical numbers, not familiar with work of Prince, expect more pizzaz and production numbers

See it if Because of the abundance of classic showstoppers, at times you 'can't help lovin' that show o'mine' Stroman's staging is inconstant at best

See it if you want tr relive some songs from some great and some not so great musicals.. The talent is there.

Don't see it if There is no plot.. You do not get the the original talent. One cannot really do a tribute to a director/producer via songs.

See it if you enjoy the shows directed and produced by Hal Prince. Nicely staged with wonderful singers. I would have liked more dance numbers.

Don't see it if you like a fully staged musical. This is more of a revue with scenes from musicals and a brief story of Prince's musical career. Read more

Don't see it if This is a biography of Hal Prince through his direction of plays, rather than telling you about his life. I enjoyed and recommend the show.

"Watching this production’s overtaxed ensemble perform vignettes from different musicals...is like hearing a rushed raconteur drop name after famous name, without bothering to explain their significance...They’re a likable group, and I don’t fault them for the impression I often had that I was at a dinner theater...I recalled how often in my years of theatergoing performances in Prince’s shows have evoked similar shivers. If only such reminders came more frequently in this motley production."
Read more

"There’s little insight into Prince’s craft or his vision...The songs wind up in an awkward space: divorced from the dramatic context that gave many of them their power, yet too tethered to their first incarnations to enjoy the interpretive mobility they might have in a straightforward concert...'Prince of Broadway' does provide a fine showcase for several of the artists...It’s a pleasant collection of beloved and familiar Broadway songs, but there isn’t much to it."
Read more

"Though the music soars, the show’s central figure remains a bit generic, a bit out of focus...The company truly comes alive when they are freed from the task of walking us through Prince’s polished-up biography and allowed to do what they do best: break into song. The beauty lies in this tour through an astonishing array of musical gems...'Prince' is attempting something unique and admirable. but...the revue form doesn’t actually lend itself to demonstrating directorial brilliance."
Read more

"Sample-size nuggets that touch on the magic while leaving you craving more...This recap of an illustrious career leaves no doubt about the validity of Prince's exalted status, even if it’s thin on illuminating detail...What buoys 'Prince' is the polished presentation and elaborate design elements. But even more so it's the depth of characterization achieved...There's generally enough vitality in the staging and performances to help overcome the shortage of personal insights."
Read more

"A meandering tribute to the man and his work, told via a series of biographical anecdotes and revue-like musical numbers that don’t gel together into a coherent whole...The show comes off like a mediocre episode of 'This Is Your Life,' a culmination of famed songs sandwiched between other famed songs...The songs are great, and the talent involved is, too, but in this format many are robbed of the emotional resonance they’d have in the context of their full show."
Read more

"The best 16 shows on Broadway are all playing in 'Prince of Broadway,' a sumptuous revue...Watching the hits flash by, like diamonds on a necklace, is sure to make you cry–with tears of joy if you saw that particular show, and tears of regret if you missed it...The talent that went into this show is out of this world...Unbeatable as an ensemble, cast members also get their individual moments to soar...You may wish 'Prince of Broadway' were twice as long, but you won’t go away hungry."
Read more

"Modest though it is, 'Prince of Broadway' looks and sounds fabulous...The weak link is David Thompson’s book, in which Mr. Prince’s cliché-prone first-person reminiscences are placed in the mouths of the actors, always to unilluminating, momentum-killing effect. For the most part, though, 'Prince' adds up to a pleasingly intimate musical revue full of shining moments, albeit one that feels rather more like a pledge-week TV special than a full-fledged Broadway show."
Read more

"A joyous tribute...See it and cheer...An extravaganza nearly three hours long, in which you are entertained to dizzying heights...A superb cast...It never gets cloying. Nor does the overcrowded program ever sink to the level of a concert...Every number becomes a complete show unto itself...The pace moves with such clockwork that you are onto the next number before the applause dies down...Forget about passing this one by. This is as good as polished, professional theater ever gets."
Read more