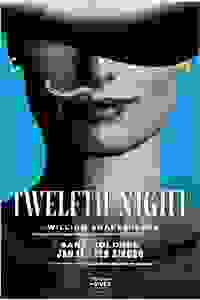 “A play saturated in perilous excesses — of love, of grief, of ego, of drink, of mischief”—Vulture

Twelfth Night is one of Shakespeare’s most celebrated plays and, perhaps, his most perfect comedy. Cross-dressing heroines, separated twins, and mistaken identities propel this gender-bending tale, which celebrates a world in which every broken heart can made whole. Director Sara Holdren is a theater artist, theater critic (for New York Magazine and Vulture.com), and educator who has staged the last two productions of our popular A Little Shakespeare program: Macbeth and The Comedy of Errors.

See it if You want to see Shakespeare treated with care and heart combining romance and bawdy humor , by a cast who seem comfortable.

Don't see it if Dont like loud music or updated Shakespeare

See it if You like Shakespeare and don't mind some changes. Are a fan of small energetic casts and want to see Joey McIntyre in a supporting role.

Don't see it if You need Shakespeare to stay original. You're expecting a musical, there are a few songs, but very limited.

See it if you love Shakespeare and appreciate fresh new ways of interpreting the work. Also see it if you are a child of the 80s/90s and love NKOTB!

Don't see it if You need your Shakespeare to be period and textbook to the original.

See it if you love comedy, music and Shakespeare.

Don't see it if sorry but you waited too long. The run has ended.

"Director Sara Holdren delivers the fun in her dynamic production. Her decision to team up with the theater collective and band The Lobbyists is ambitious and rewarding. "
Read more