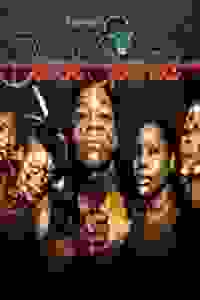 This new drama was inspired by the Dahomey Amazons or Mino, the all-female military regiment of the Fon people of the Kingdom of Dahomey that existed from the 17th century to the end of the 19th century.

These machete-slinging lady warriors were rightly feared throughout Western Africa for over 250 years, not only for their fanatical devotion to battle, but for their refusal to back down or retreat from any fight. Their motto was "conquer or die." 'Black Sparta' begins in 1892; thirty years after the transatlantic slave trade has been virtually at an end. France has already taken over apart of Dahomey and has established a colony called Porto-Novo. They have made it very clear that they want more. Their invasion is unwelcome and the Dahomeans will not go quietly.

See it if Well written play about female warriors reaction to French colonization in Africa. I went in thinking I was going to be unimpressed but the

Don't see it if unfortunately, the stage/theater did not support the production. Many lines were swallowed up and unintelligible. Read more

See it if You seek a show for 3rd-6th graders re: female resistance and the evils of colonization.

Don't see it if You want a show written for mature adults with a challenging plot or dialogue. You want/expect any kind of stage sets or decorations. Read more