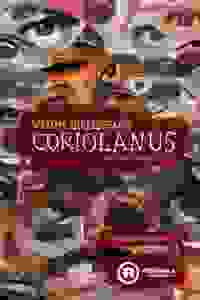 The streets are full of protest. Economic inequality strains the social fabric. Debates rage throughout a nation riddled with dissension and distrust. It’s election year in Rome, 493 B.C.E., and as unscrupulous politicians manipulate public opinion, the hypocrisy and humiliation of campaigns drive away the country’s finest. But beneath this political drama looms the personal tragedy of one principled man’s emotional blindness.

See it if you like to see Shakespeare set in present day political climate but keeping old style language. Great acting makes it easy to understand.

Don't see it if you don't like Shakespeare. Even though this is set in modern day America it still sounds like old school Shakespeare.

See it if you want to see a lean, accessible, powerful, adroitly acted production of a rarely seen tragedy; to witness WS's universality & relevance.

Don't see it if you haven't enjoyed Red Bull Theater's take on classics in the past. Perhaps this isn't for Shakespeare purists & traditionalists.

"You don’t have to squint too hard to discern unsettling contemporary relevance in the Red Bull Theater’s gripping new production of Shakespeare’s 'Coriolanus'...Setting this play in a simulated America of today carries greater weight...Fortunately, Mr. Sexton’s streamlined production won’t just have you sitting in your seat bemoaning the troubling future of our country. It will also hold your attention in its own right, through simple but forceful staging and superb acting."
Read more

"Though distinct parallels emerge between Shakespeare’s late-period tragedy about electoral politics in 493 B.C.E. Rome and our current situation, you’re not required to draw any. Given that this complex text has been condensed, you’ll be busy just tracking the action. There’s plenty of it in this visceral production...Johnstone, rippling with vigor, plays the conflicted title character."
Read more

"Shakespeare’s seldom-done late tragedy about elections...takes a topical and timely leap to the present day in this provocative new production. Canadian actor Dion Johnstone makes his Off-Broadway debut and commands as the trash-talking warrior who’s unstoppable on the battlefield but an epic fail on the campaign trail. Coriolanus is a hard guy to like, but this invigorating Red Bull revival goes down easy."
Read more

"Invokes the spirit of Occupy Wall Street and the Tea Party, with commoners getting up in arms over what they perceive to be a corrupt and rigged society. A scene where a ballot box is smashed apart with a baseball bat is especially disturbing. Although it is rarely staged, 'Coriolanus' is a solid and straightforward drama, and Red Bull deserves a lot of credit for having the foresight to bring it back into the public eye at this very moment and for presenting it with such vitality."
Read more

"Few playwrights have understood the dynamics of political power so thoroughly, and Sexton's mordant staging has an undeniable, unsettling timeliness...The shattering of the fourth wall is rarely as effective as it is here; this 'Coriolanus' is staged as a town hall meeting in a democracy that is quickly becoming unhinged...Sexton has assembled a cast especially skilled at conveying these cutthroat maneuvers and set to deliver the dialogue at a fast and furious pace."
Read more

"For fans of Red Bull's work, this production of the bard's late tragedy does not disappoint...Director Michael Sexton conducts the play at a fever pitch...While Shakespeare's language remains blessedly intact, expect to see contemporary costumes and references to our own looming and contentious presidential election. Red Bull has gathered together a winning team with a great ability to bring Shakespeare's words and the play's themes to pulsing life."
Read more

“So many characters switch loyalties at such breakneck speed that it often becomes a blur of blood, guts and shouting. No such problems with the Red Bull Theater’s production. Director Michael Sexton plows through the text with his modern dress production, taking no enemies, relating the exciting story of Caius Martius—later Coriolanus—making each and all of its bloody turns crystal clear. He mines the political aspects of the plot, deftly dovetailing them with today’s headlines.”
Read more

"In its first half, Sexton’s production is an exciting mix of bloody combat, political drama, and wry comedy. In its second half, the uniformly excellent cast delivers a series of heartbreaking scenes...The modern trappings of 'Coriolanus' provide the audience some extra food for thought, but even in togas, its cast would be well worth seeing. Their exceptional work, driven by director Sexton’s brisk pacing and intelligent staging, is like red meat for hungry Shakespeare lovers."
Read more

"We are gifted with three strong characters. Dion Johnstone’s Coriolanus has all the aspects of a modern soldier…He’s a subdued character, championed by an exceptionally strong mother figure in Lisa Harrow’s proud, powerful, loving Volumnia; and Patrick Page’s outstanding Menenius. Page comes off as James Carville meets Colonel Sanders, an affable older statesman who’s so charming that it’s impossible to find much fault in his Machiavellian maneuvers."
Read more

"This production really holds a mirror up to our media-soaked eyes and ears. But its center is the acting. A sterling cast! Johnstone inhabits the titular character with a trenchant virility. He spews out his character's lines with force and clarity...The rest of the cast also delivers...One of the remarkable things about this production is that Coriolanus, one of the Bard's' most unlovable characters, becomes sympathetic...This 'Coriolanus' gives new legs to an unpopular play."
Read more

"The production, which has been expertly executed by director Michael Sexton, features an all-star cast, telling a story that feels especially poignant within our current political climate...Johnstone portrays the role of Coriolanus with poise and grace...That being said, it is his fragility that truly elevates his performance...Harrow’s performance is equally notable. She possesses an inherent strength and stillness that is rare to find in even the most prestigious venues."
Read more

“‘Coriolanus’ strikes brilliant sparks of contemporaneity in its depiction of an unpleasant, egotistical, angry, and prideful leader, incapable of self-understanding, and consumed by a drive for power and revenge...Michael Sexton’s direction manages the difficult feat of presenting what seems a full-text version with only a dozen actors...Dion Johnstone cuts a commandingly convincing figure as the brawny, rage-filled soldier who is nonetheless submissive to his domineering mother.”
Read more

"Thanks to the political climate, the show takes on a profound relevance. Michael Sexton has streamlined this production so minor characters are cut; it is long but the staging is powerful and the acting sublime...Mr. Johnstone, commands the stage. He has such a powerful dignity that he makes us hurt in the end...The women are who truly succeed in this production...'Coriolanus' shows how we are being victimized into turning against each other for the sake of an election."
Read more

"Spectacular and gripping...The obscure character of Coriolanus becomes more viscerally realized and empathetic through the expressive largesse of talent displayed by Dion Johnstone…I cannot bestow enough praise on this thrilling production whose harmonies of spectacle, action, staging, lighting, costume, and set design so form a complete whole that I cannot easily imagine another 'Coriolanus' as facilely driven, yet sparely, acutely executed…This is a true treasure of a presentation."
Read more

"Both the adaptation and Sexton’s approach seem cavalier about details...The text has been wisely trimmed, though haphazardly...Luckily, such distractions are outnumbered by excellent performances...The opportunities to see 'Coriolanus' are so infrequent that it’s easy to recommend Red Bull’s clearly spoken, energetic production, even with its inconsequential frippery."
Read more

"Admittedly, there is something ultimately unfulfilling about this 'Coriolanus'. It moves too quickly, its topicality is a little too easy, and it lacks a cohesive driving force. We may often smile with recognition, but we are rarely left feeling as if choices have been made for concrete reasons. Instead, I left with the nagging sense that Mr. Sexton has not really cracked this play."
Read more

"Timely and riveting production...Director Michael Sexton makes the show timely by cutting certain scenes...Johnston is magnetic as Coriolanus, a proud and driven man, but one unable to look beyond his own needs and status...Offering a strong warning about arrogance, power, and mass manipulation, this production clearly shows 'Coriolanus' to be as relevant today as when it was written."
Read more

"I could write a sonnet to Michael Sexton’s inspired direction. He has an iron grip on the text and has created a constant sense of the battle charge – a fast, furious attack on the senses where we are placed literally in the center of the action...The 12-strong cast feel like hundreds of people encircling us. The casting is just brilliant with every actor bringing exquisite performances...It’s the perfect piece to unsettle oneself and bring up debates around the nature of power and politics."
Read more

"The similarities to today are perhaps over-emphasized--no one would have missed them!--but it doesn't hurt the excellent production. The production's main strength is a relentless energy that pulls the audience from scene to scene...On the other hand, it has a cost. Actors play multiple characters, and it isn't always clear who's who...However, this 'Coriolanus' is one of the most emotionally rewarding productions of Shakespeare I've seen in a while."
Read more

"Eschewing high gloss in favor of high craftsmanship, Red Bull’s 'Coriolanus' commits to Shakespeare’s social reality where an entire body politic is active in its own demise...The play’s cultural reflections to today, sometimes in the form of direct references, are sprinkled in like spice...The entire ensemble has crafted this work with delicacy...Director Michael Sexton clearly has equal respect for the play as its tangible self, and the play in its response to current politics."
Read more

"An exceptional production...As conceived by director Michael Sexton, it could have been written this year...We barely need the explication he provides, as the parable is still operative today, used by Wall Street’s defenders to describe banking’s necessary function in allocating capital...Sexton’s production is careful to make its critical correspondences between then and now promiscuously bipartisan."
Read more