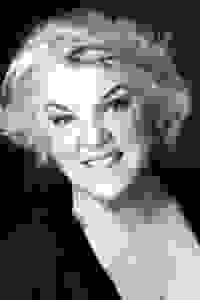 When a group of businessmen scheme to drill for oil in Paris, there is only one force in the world that can stop them: Countess Aurelia, the Madwoman of Chaillot. With the help of idealism, love, and poetry—not to mention two other madwomen, a local garbageman, and a pair of young lovers—the Countess fights to save Paris and the world from greed. Part of the York's 'Musicals in Mufti' series spotlighting classic, underappreciated Broadway musicals. 'Mufti' means 'in everyday clothes, without all the trappings of a large production.' Each show is presented script-in-hand, with minimal staging.

See it if you're a Herman fan, esp'ly if you've never seen DW. Bare bones production is fun, thanks to a strong cast. Some good songs, timely content.

Don't see it if you dislike staged readings.Actors on book. Only piano, bass, & accordion.. Show is wacky, but theme of evil rich men echoes in the present.

See it if you love Jerry Herman. This is one of his gems. Great score. And Allison Frasier hits a home run. Tyne Daily is terrific.

Don't see it if you want a polished production.

"As with so many failed musicals, the problem lies with the book, which is far too slight and precious to be involving...While the score is not one of Herman’s finest, it does display his gift for gorgeous melodies...Daly delivers a deliciously appealing comic performance that single-handedly justifies this incarnation...Considering the circumstances, director Michael Montel gives the musical an extremely polished staging."
Read more

"The juicy characters and the divine music and lyrics are a good enough reason to enjoy the York Theatre's concert mounting…Daly certainly charged into her role with moxie, but she didn't seem comfortable with her songs, frequently speaking the lyrics, and there was little realization of the poetic eccentricity written into the script...On the other hand, Alison Fraser...fully embodies the tone of the show...Likewise, Ann Harada...is a daffy treat."
Read more

“A mediocre score and a story line that devolves into parable…We must forgive Ms. Daly her French accent that waivers across international borders…There is no other actor as good at displaying wordless despair, and her quiet moments of remembering her old love are touching…Ms. Fraser is hilarious as the elderly and quite dizzy Constance…Ms. Henningsen gets a ballad that comes out of nowhere, and we are all the better for it...Her lovely voice elevates the entire production."
Read more

"The York Theatre Company’s 'Dear World' is perfectly cast. Daly chooses her own reality and breaks our hearts...Fraiser all but steals the show with her wide-eyed insanity and perfect timing. Wolpe gets the most out of his role with his clear vocals and stamp on reality...The direction by Michael Montel is simple, yet effective...David Thompson’s adaptation is relevant to today."
Read more

"Ms. Daly was a bit tentative at first but soon moved solidly into the role...'Dear World'...has always been problematical for its mix of reality and flights of fancy in the imaginative plot and bizarre characterizations. Its best quality is charm, and the cast in the Mufti production handily conveys that aspect of the work as it progresses...Alison Fraser is a hoot as Madame Constance, the Madwoman of the Market, and Ann Harada is amusing as the Madwoman of Montmarte."
Read more

"Tyne Daly is dotty, tender, stubborn, and, in context, believable. She’s chosen to deliver her lines in short, nervous, blinking phrases adding to personality. Moments of deep recollection are emphatically touching. Daly’s voice is open-throated and fine...Director Michael Montel might have a little more fun with his characters. McGovern and Tucci provide splendid arrangements and musicianship...Not one of Jerry Herman’s best efforts, but still rather charming in its entirety."
Read more

"This production was a total delight. Tyne Daly took the lead role of Countess Aurelia, and she was nothing short of magical...It is full of romance and humor and some excellent songs from Jerry Herman...The trio sung by the three madwomen is as much fun as anything you'll see on a stage, and Daly, Alison Fraser, and Ann Harada nailed it. The rest of the cast was also excellent, with some gorgeous, gorgeous voices."
Read more

"'Dear World' is a perfect show for the current state of the world...This new scaled-down production works very well and makes for an entertaining and relevant story. This version stars Tony Award-winning actress Tyne Daly. She is not much of a singer, the score is not really memorable anyway, but her acting definitely shows there is a reason she has won all of those awards...See the work of these fine actresses and the rest of the talented cast in the intimate setting of the York Theatre."
Read more

"Despite the rewrite, it seemed to me that the characters were only superficial caricatures and the situations felt a little forced. Nonetheless, the concept provides a platform for some wonderfully witty songs and for some outrageously hilarious portrayals...Although 'Dear World' has a worthwhile message and some wonderfully entertaining moments, I can understand why it never won more positive attention. Still, I’m happy that the York brought 'Dear World' to the stage."
Read more