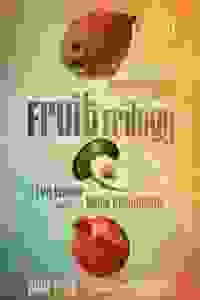 From the Tony Award winning author of 'The Vagina Monologues' and 'The Good Body' come three short plays that give a voice to defiant, ordinary women. More…

'Pomegranate' — two women for sale, another morning on the shelf; 'Avocado' — a young woman on her chaotic, shocking journey toward freedom; and 'Coconut' — from the bliss of her bathroom, a woman connects with the one thing she has never fully owned…her body. Woven together with dark humor and heightened theatricality, 'Fruit Trilogy' explores the humanity behind the headlines.

See it if You want to see three short pieces that each will likely make you scratch your head,with some level of confusion and introspection at once.

Don't see it if You want to see a play that has any sort of actual plot or definable meaning linking the three parts.

See it if If your into the #metoo movement. Good acting, slow at times.

Don't see it if if your not comfortable with nudity, language. bare bone set.

See it if you need to see everything Eve Ensler does.

Don't see it if you want to see actors interact or you think ritual is better suited to a place of worship than a theater.

Also Uncharacteristically I took pages of notes during Abingdon Theatre’s production of Eve Ensler’s “Fruit Trilogy.” What else to do once events on stage had ceased to involve me? It kept me from retreating to a very dark place in my mind, anywhere to get away from the steady cries of self-laceration coming from the stage. None of the trilogy’s 4 characters, 2 in the first piece, 1 in each of the 2 concluding solos, touches or even looks at another character. (In the opener performers are each stuck in separate boxes on a shelf.) The 1st 2 pieces are conducted from beginning to end in shades of dark, befitting the unrelieved horrors their narrators relate. The final piece, with a full palette of colors, feels fruity by contrast, but also feels like a dated 1970s ritual, complete with candles, oil massage & topless dancing. And it too descends into long patches of self-flagellation. Those notes I took? Cries of pain. I must have been channeling the relentless voices coming from the stage.... Read more Read less

Also Not my cup of tea. The two solos do not work for me although both were well done. The first act (duo) was a bit better. Good acting but the message was lost on me.. I am still pondering the significance of the three fruits. I should add that I am not a fan of nudity but each of us has his/her (maybe her/his ) own thoughts.... Read more Read less

See it if you are open to the issue of the day - I could not help have "Strange Fruit" echo in my mind as the challenges presented were enacted.

Don't see it if you do not or do not want to understand the current women's movement. Some of this is entertaining, but most is consciousness-provoking.

See it if you are curious about Eve Ensler's thesaterical development. There are familiar themes and dramatic representations of ideas.

Don't see it if you are not patient with productions that are more concept than plot.

See it if you're a fan of Eve Ensler or enjoy shows about women's issues and female empowerment.

Don't see it if you prefer a traditional narrative. This show is composed of three unrelated one-act plays, and they're confusing and unclear at times.

Don't see it if you do not like bare big breasted woman dancing on the stage promoting self expression, young woman complaining about her prostitute life.

Also The first short story was well staged but had me completely confused about what it was about. The second story was very well acted but I really did not want to hear about her prostitute life told in great detail. I would rather have been told how she intends to escape her lifestyle. The third story really annoyed me. It started out like self expression but the she started taking off her clothes and danced around the stage. This was supposed to be self expression of a strong woman, or so she explained to the audience, most of which became manipulated by how she convinced them that what she did really made her a strong woman. The playwright bared her breasts in her solo play and now she has her actresses doing the same. Strong women do not have to bare their breasts in front of an audience. They are confident inside and do not have to prove anything to the audience. The last play cheapened what I think strong women can be.... Read more Read less

See it if you are very patient with over-long rants, topical and well acted as they may be; mediocre staging does not bother you;nudity does not annoy

Don't see it if you cannot unsee what you have seen. I am still feeling damaged. I realize this is inappropriate, but it is what it is.

See it if You’re an Eve Ensler fan.

Don't see it if If you want to be entertained, this is serious stuff.

See it if you might be interested in 3 short feminist stories about women. You want to see Kiersey Clemons who is a rising star with a bright future.

Don't see it if The second play is the most profound. The first play is good but feels like an extended metaphor, third play contains a lot of nudity.

See it if If you are a fan of Eve Ensler. Well acted play composed of three short one acts focusing on brutality towards women and their struggle.

See it if you admire novel, courageous, confident exploration of a #MeToo theme (women caged/exploited), clever use fruit metaphor, without self-pity

Don't see it if you dislike drama about violence against/abuse of women, explicit sexual references/nudity, sitting in cold theatre 90 min. without interval

See it if An Ensler fan, and/or up for a well-intentioned at times searing but ultimately unsatisfying statement of advocacy for women; falls short.

Don't see it if Monologues bore, or you're easily upset by language, descriptions of sexual slavery, violence against women, nudity or very dim lighting.

Also In a mixed bag that never quite fills up, Ensler's three one-acts address the sexual abuse, slavery, empowerment and objectification of women. Important, timely and topical as these issues may be, the whole is undercut by a script that needs editing and a lack of a physical program or note that would inform the fact these are three one acts of varying lengths.

The first, Pomegranate, is visually striking but undercut by its distance from the audience; Avocado, the bleakest of the three has a strong performance by Kiersey Clemons (who by far should have done the recent St. Joan), but is almost invisible in the dark; and the last, Coconut, whose obvious point would and could be made completely moot by a visit to almost any nude beach, is undercut by Liz Mikel's surface acting and a poor choice of music that is hardly joyous or get-up-and-dance.

It's heavy, unrelenting stuff, and without much joy or humor it's essentially a bit far-removed rather than visceral, ultimately numbing.

See it if If you adore Eve Ensler.

Don't see it if If you don't want to cringe.

See it if You're interested in 3 one-act plays about heroic women. Great acting-somewhat repetitive & confusing. You have to release your inhibitions.

Don't see it if You are bothered by nudity or not interested in shows about women's issues.

See it if a fan of Eve Ensler or solo performances (2 of the 3 sections are monologues); to support passionate actors tackling raw, heavy material.

See it if understand the "me too" movement, can see beyond what is on stage, are a fan of Eve Ensler, want something profound

Don't see it if you don't know about "me too" movement, don't care, want something light and fun, are not familiar with Eve's works, have triggers.

Also This was a really deep and profound piece. Many would not understand, and I saw a few people in the audience who did not get IT. At the end there is a part where a character goes almost nude, and she is not a perfect model by any means. A few in audience were uncomfortable. And that was the whole point. Acceptance as you are...with no expectations. The audience (most) were on their feet in celebration at the end. Well done!... Read more Read less

Don't see it if You have issues around the idea of body beauty This May push your buttons but. It is well done

See it if you are a fan of Eve Ensler and want to see a play that she wrote concerning women. The two women in the play are very talented.

Don't see it if you do not like long monologues, unnecessary upper body nudity, and want to see a play where the characters interact.

See it if If you know and appreciate Eve Ensler's fearless and uncensored art style, or would like to discover it.

Don't see it if If the unashamed naked body of a very big and beautiful black woman would traumatize you--you need therapy not theater.

See it if You want to see two poor actors struggle their hardest with abysmal, truly head-scratching material.

Don't see it if You're looking for a show that succeeds in being empowering, poignant or intelligible. It's entertaining, but not for the right reasons.

Also Thoughts on the show aside, shame on all the reviewers who are body-shaming the cast on here. Come on y'all don't be part of the problem.... Read more Read less

See it if You are a woman and need a reinforced view of male oppression.

Also Bend it like Beckett. I couldn't hack it. Lack of program at the outset was disturbing. We're not using our phones to access it. The first play was an interesting think piece with the actresses as commodities on sale to men. The second was the gem, with a tour de force by Clemons. The third was disastrous tripe and had me searching for a barf bag. Mikel is a hot mess, which is Ensler's point. Very tough on the eyes, and digestive system.... Read more Read less

See it if Kiersey Clemons and Liz Mikel have delivered outstanding performances. I found the second vignette heartbreaking, and touching.

Also I was confused by the first vignette; the writing was sketchy. The last vignette was uplifting, delivering the message of self-love.... Read more Read less 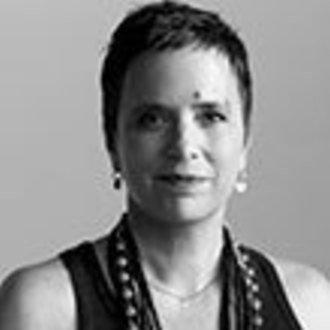 Eve Ensler
Playwright
Get Alerts Alerts On Alerts Off 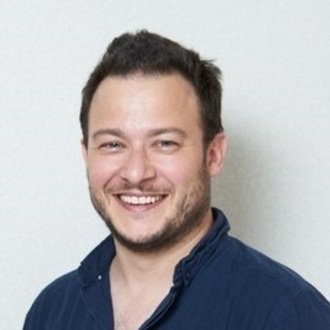 Mark Rosenblatt
Director
Get Alerts Alerts On Alerts Off 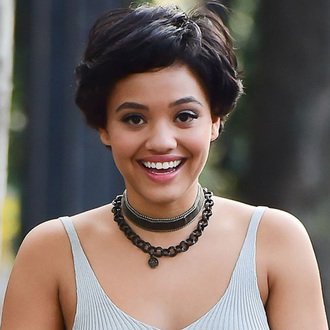 Kiersey Clemons
Cast
Get Alerts Alerts On Alerts Off 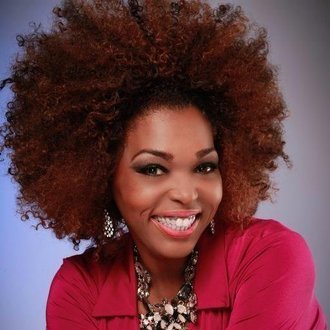 Liz Mikel
Cast
Get Alerts Alerts On Alerts Off 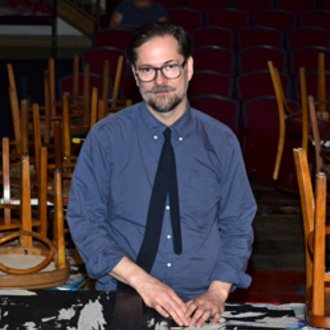 Mark Wendland
Set Designer
Get Alerts Alerts On Alerts Off 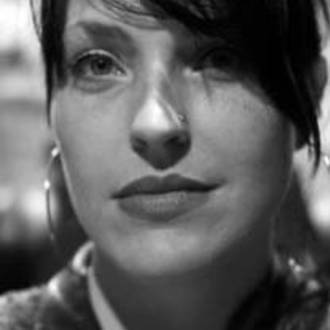 Andrea Lauer
Costume Designer
Get Alerts Alerts On Alerts Off