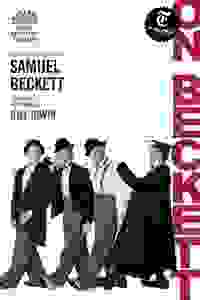 Bill Irwin can’t escape Samuel Beckett. He has spent a lifetime captivated by the Irish writer’s language. In this intimate 90-minute evening, Irwin will explore both the comic and the tragic sides of Beckett’s work through excerpts of his texts including "Waiting for Godot," "The Unnamable" and "Texts for Nothing."

See it if you love Beckett and/or Irwin. BI is a terrific actor, and the intellectual crowd cheers for him. There are nuggets of wit and wisdom.

Don't see it if you want an absorbing 90 mins of theater, not a lecture. BI does a gr job w SB's diff words, but this is not a play. It helps to know Godot.

Also Everyone I know loved this piece, but I only liked it. I wanted to see Irwin perform Beckett...maybe do 45 minutes of his lecture and then do a 45 min one-act (Krapps?) I greatly admired Irwin's mastery of Beckett's difficult language, but I got lost in many passages. I didn't come out with the same satisfaction as seeing Godot recently.... Read more Read less

Wish I Could See Them All
Syosset
50-64 | Male
671 reviews
Get Alerts Alerts On Alerts Off
90
Clever, Profound, Thought-provoking, Funny, Delightful
October 10th, 2018

See it if Bill Irwin as actor, clown, and Beckett aficionado. Challenging Beckett excerpts and analysis mixed with hilarious clowning. A treat!

Don't see it if You are not interested in a literary challenge. You don’t enjoy physical comedy. This is performance art, without a traditional narrative.

See it if Becketts works in laughter and silence, in slapstick form.

Don't see it if Not a play, or don't like Becketts work or clowning.

See it if you’re a fan of Samuel Beckett, Bill Irwin, or the acting craft. This plays almost like a master class of Beckett’s works for actors.

Don't see it if pronouncing it “GOD-ot” feels sacrilege to you. Also, by nature of the work, it’s confusing and dense at times, but Irwin breaks it up well.

See it if Experience a true master class by a virtuoso of mime, clowning, acting & Beckett; you want to learn & be entertained; Irwin is mesmerizing.

Don't see it if Honestly, I don't know why you wouldn't want to see this unless you dislike Irwin and/or Beckett, good acting, clowning, learning and magic.

Also Irwin is both profound and magical, while Beckett is a mystery - great combination.... Read more Read less

See it if You appreciate Bill Irwin and Becket.

See it if you’ve enjoyed Irwin in Waiting for Godot or other Beckett plays, interested in an actor relating his lifelong obsession w/ 1 playwright.

Also OB does well demonstrating Beckett’s perspective, but it can actually afford to go into more detail on Irwin’s own distinctiveness as a playmaker/thinker. Watching this, it occurred to me that if I’m to see Bill Irwin do a Beckettian solo, would I rather it be a play like Krapp’s Last Tape? Or an original piece in which Irwin recalls performing plays like Krapp’s Last Tape? Picking the latter only makes sense if Irwin dramatizes the original parts of his script as well as he does Beckett’s—which happens more consistently in the second half of the show when Irwin approaches Godot.

I consider myself lucky that Irwin & Lane were the first Didi & Gogo I ever saw (years ago as a student, w/ little access to professional theater, when trips to NY were rare). Hearing Irwin’s recollection of audience reactions to that production, which dovetails so well w/ my own memory of it, was special. I won’t forget that show or this one.

See it if you love Bill Irwin - who doesn't? - and you want a master class in Beckett.

Don't see it if you'll be bored by a scholarly study with some very funny and very moving parts.

See it if you like Bill Irwin - a national treasure.

Don't see it if you consider ruminating about Beckett boring, even with Irwin's great acting illuminating the words.

See it if You like Bill Irwin and if you know Beckett’s work. Irwin talks a great deal about meaning, interpretations, insight understanding Beckett.

Don't see it if You like Bill Irwin. He does very little clowning. Mostly talk, master class lecture on Beckett. Dull and dry at times, little laughter

Also Irwin is an excellent actor/performer. Some will find this engaging and enlightening. An intelligent piece written by Irwin but not for everyone. It is not a play. More like a lecture with some acting and clowning.... Read more Read less

See it if you want to spend 90 minutes completely engrossed in watching and listening to Bill Irwin perform and elucidate Beckett's works.

Don't see it if you need a big cast to provide a full presentation. Alone on stage (with just a little assist), Mr. Irwin is more than sufficient.

Also I was completely captivated and at times felt as though my head would explode with all the information coming at me. Funny, poignant, exciting -- an amazing experience.... Read more Read less

See it if Irwin is simply wonderful and thoroughly engaging. He gives a witty, poignant interesting insight into Beckett.

Don't see it if you hate Beckett AND clowns AND solo shows. You're not interested in an "actor's view" of Beckett's work, no matter how amiably delivered.

Also Turns out I love Bill Irwin, but still hate Sam Beckett. Ah well, so it goes. To be fair, I do like Godot alright and so the show ends strongly for me.... Read more Read less

See it if You'd like to see an actor's approach to the difficult Beckett, with a side order of clowning. A great Beckett interpreter shows his love.

Don't see it if You expect this will bring you great insight for future encounters with the work.

See it if You admire Beckett & are ready to learn about his writing, use of words & direction from the master showman, Bill Irwin

Don't see it if You prefer musicals or big productions

See it if You are an actor, director, writer, or just a fan of theatre-craft. This doubles as a masterclass in acting and scene analyzation.

Also "What do I know of man's destiny? I could tell you more about radishes." -Samuel Beckett

Samuel Beckett took great pleasure in downplaying his fundamental understanding of the human condition. Fortunately veteran Becketter Bill Irwin makes it his mission to shed some light on the inner workings of Beckett's texts.

Irwin admits to claim few singularly unique insights into Beckett. He is not a scholar, a historian, or a biographer. But he is an actor who has deeply examined the texts.

And through a thoughtful mix of ethos, pathos, and logos, Irwin manages to enlighten all in attendance.

Where the show fell a bit fat for me was the clowning element. Though undeniably funny it seemed, to me, not entirely relevant. Irwin makes the case that Beckett was raised on vaudeville but honestly it just feels like Irwin's clowning background simply informs his views on Beckett. Which is fine, but it does seem a little ill at ease with the rest of it.

In any case, a masterful performance.

See it if If you want to see Bill Irwin read Beckett. The interpretation of the texts are interesting. And easy to understand.

Don't see it if You do not like staged readings. You require a linear plot.

Don't see it if While this masterclass on the works of Samuel Beckett may not be for everyone. It should be.

See it if you want to see the inimitable Bill Irwin in a challenging evening which will PERHAPS clarify Beckett fo you a bit. In any case, delightful

Don't see it if you really HATE Beckett and don't want to understand his writing better, and also are not interested in clown tradition.

See it if Bill Irwin is a genius and it is a pleasure to watch him work. The words are meaningful and the mime superb

Don't see it if You are looking for a big fancy production. Just sit back and watch a consummate performer.

See it if you enjoy the wonderful world of clowns. Bill Irwin is a treasure and his love for Beckett is compelling even if the material is often dense

Don't see it if You want elaborate staging and the dazzle of spectacle. This is brilliant but on a very intimate scale. One man and his art

See it if for an actor's sparkling analysis of Beckett's haunting speeches, silences, direction--and laughter of the best kind. Irwin rocks.

Don't see it if you dislike Beckett or slapstick or won't appreciate deep analysis of his forever-cutting-edge work from an actor's viewpoint.

Also Bill Irwin is one of our generation's most brilliant clowns, and also a truly stellar actor (underappreciated, if you ask me). He offers here a thorough and remarkable grasp of theatrical history, as related to Beckett in particular. Godot, for example, means forever in Gaelic. As in Waiting for Forever. Plus astute points on Beckett's specific directives as to body language. This wonderfully entertaining and informative evening in the company of a great talent should enchant any theater buff worth his or her salt.... Read more Read less

See it if you like good theater, Becket, Bill Irwin or just intelligent yet funny entertainment.

Don't see it if you really hate Becket. Only reason.

Also This is an entertainer who makes Becket a little comprehensible and listenable. Bill Irwin is a genius, actor, comedian, whatever. A memorable and mesmerizing 85 minutes.... Read more Read less

See it if You like Beckett. Bill Irwin does a masterful job of presenting us with some fascinating insights into Beckett. So interesting & enjoyable

Don't see it if You are not interested in Becket's plays/words. Oh...those words!!!

See it if you have an interest in Beckett, or acting (this is an actor's take on Beckett), or clowning, or language, or the human condition.

Don't see it if hearing the word "existentialism" puts you to sleep. 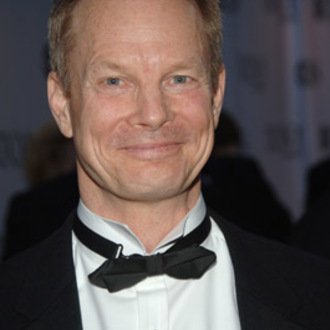 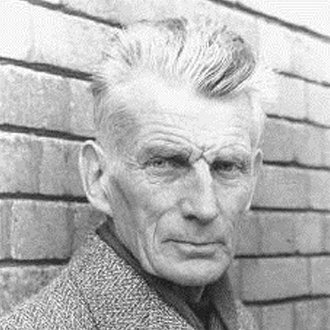 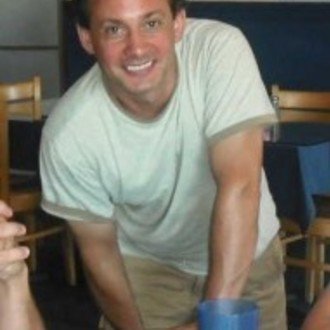 Charlie Corcoran
Set Designer
Get Alerts Alerts On Alerts Off 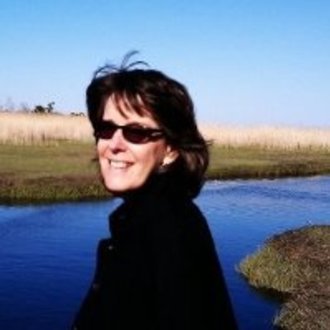 Martha Hally
Costume Designer
Get Alerts Alerts On Alerts Off 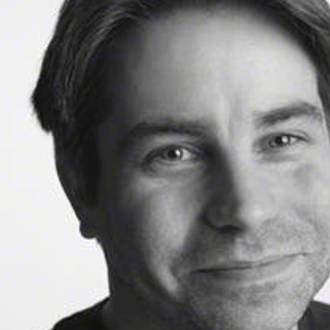 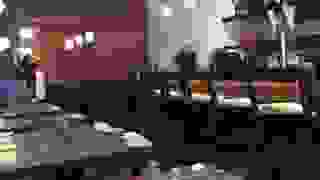 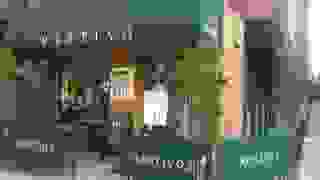 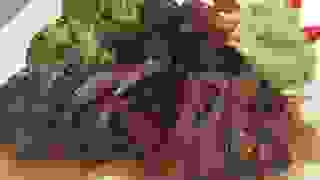 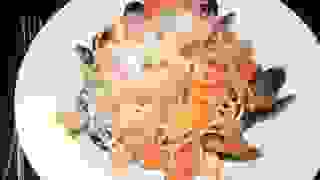