In this new musical, a secret redheaded revolutionary organization is taking matters into their own hands, fighting back against their imminent extinction and standing up for the rights of redheads everywhere.

See it if You want a light, fun clever, silly show that’s full of great talent and some songs that are surprisingly touching and sweet.

Don't see it if You want serious drama or anything resembling real life. This is pure escapism fun.

See it if you want to escape to review the problems that redheads encounter as a minority with some good singing and hilarious moments by a good cast.

Don't see it if you want a musical with memorable songs, do not like skit comedy or want a completely seamless production. It tends to repeat itself a bit.

See it if Single-concept musical about finding your tribe and relishing them. Surprise guest every night.

Don't see it if Slight and inoffensive satire flouts Off-B'way expectations. Only one musical instrument is more cabaret than musical.

See it if Lead guy has lots of energy and sings quite well. If you enjoy silly nonsensical plots.

Don't see it if Dragged slightly and really wasn't much plot. Had a Fringe Festival vibe.

See it if A one joke premise appeals to you, a world in which intermarriage has diluted the redhead genetic pool. You like obvious sexual humor.

Don't see it if You dont like manic presentations. You dont like profanity and unfunny sexual jokes. This was a very long 85 minutes.

See it if If you are red-headed you might enjoy the conceit of red-headedness under siege. Broad comedy,energetic performances.

Also Sounded like a cute idea, fighting the extinction of red-heads. But there is not a show in this idea, Matt Loehr is a talented performer and he's pedaling as fast as he can, but he can't save this production.... Read more Read less

See it if You know someone in the production or get cheap tickets. Convenient venue.

Don't see it if You value your time or hate silly plots.

Also Matt Loehr and Marissa Rosen hijack the show from the creator and lead, Katie Thompson. KT wears out her belabored shtick halfway through, but we're stuck with her for forty five more minutes. Theater layout precludes late seating or early exits. It feels like a hostage crisis if show is poor, and this dog pleads guilty. Fun getting celebrity name tags to wear, but these became as much an albatross as the actual show. It was friends night, so audience had natural plants hooting. I got all I needed from the show in an hour. Somehow, lucky KT got an actual production from such flimsy and lame material. No wonder that she can't even show her face in the poster and fliers! She gives us her back, or the back of her hand once you are seated. Hard pass. Critics were right; show's a fright.... Read more Read less

See it if like shows that are completely unique and don't necessarily have a linear plot.

Don't see it if you prefer your shows with a very definite beginning, middle and end.

Sing out Louise
New York City
35-49 |
145 reviews
Get Alerts Alerts On Alerts Off
60
Redheads fighting for survival in a world overrun with blondes and brunettes
August 27th, 2018

See it if could redheads be extinct by 2100 leaving a world filled with blondes and brunettes... not if they can spread the word to procreate!

See it if you like a good farce performed by a super talented cast. I wanted to leave after 15 minutes but it got better with time

Don't see it if silly sketches like those on SNL do not appeal to you. You won't like this if you can't appreciate the effort of the cast

Also Why no photo of a little Ron Howard...or did I miss it ? Why no mention in the Playbill or online of the actress who sings about her miserable step-child ? She was really good !... Read more Read less

See it if you're ok with a very mediocre satire, a couple of halfway decent songs and some very hard working performers.

Don't see it if you want effective satire, genuine laughs or emotional content.

Also It does get better but it starts from a real low base... The two lead performers give it their all but there's no fixing this material... Read more Read less

See it if You are a redhead and want to see what other members of the tribe think of the extinction of redheads.

Don't see it if you have a better comedic show to go to.

See it if you're a fan of the composer, because this felt like a jukebox musical of her best songs. Which isn't necessarily a bad thing.

Don't see it if you're expecting the next Urinetown.

See it if You have nothing else to do

Don't see it if You want to have a fun evening

See it if You enjoy a silly premise(albeit not to redheads!) enacted and well sung by an earnest and talented cast of actors with no deep thinking

Don't see it if You want thought provoking drama-this is silly and entertaining!

See it if You enjoy hilarious raunchy off Broadway musicals with some of the best vocals in the 2 main characters.

See it if You want to see a talented cast put on a fun, escapism show

See it if you love musicals and want to hear piano and good voices. Some viewers laughed, but I was put off. RRED suffered from a wispy premise and...

Don't see it if unskilled writing (book/lyrics). RRED tried to be fun, but fell terribly flat. No story arc, no character development, no point! Unpleasant.

See it if It is not worth seeing. Some good singers, plot is all over the place. Goes in for the laughs but falls way short of anything good.

Don't see it if If you want a good musical with somewhat of a story. It needs to be re thought and reworked .

See it if You want to see one joke played out for 85 minutes. This is sloppy and aimless. A few good songs but you don’t really care.

Don't see it if This needs a lot of work including an actual plot.

See it if you want to support talented performers, even in substandard material; the "celebrity guest star" is one you really want to see.

Don't see it if you haven't already bought tickets; you're a gingerist or have gingerphobia.

Also This is a one-note, one-joke musical (about redheads seeking revenge for being disrespected by blondes & brunettes) that should be a brief skit at best and feels like it was made up a few minutes before curtain. There's one improvised musical number about brunettes (which falls completely flat!), but I could be convinced that the entire show was improvised, albeit not very well. Aside from the lame PowerPoint presentation, everything (music, lyrics, story, patter, costumes, choreography) feels like it is being made up on the spot by an amateur improv group. This "secret musical" should stay in the dark!

Note: Kara Lindsay (currently playing Cynthia Weil in Beautiful) was the celebrity guest the night I saw it (8/5). She was the highlight of the show.

See it if Very good singing talent by the entire cast. It is more a musical concert than a "show'". A/C now working to perfection.

Don't see it if The humor was lost on me but the youngish audience did find some humor. Minimal sets.

See it if You want an original, high-concept musical with clever & fun lyrics performed by a talented cast. You enjoy satire.

Don't see it if You prefer musicals based on realistic topics. You prefer a more traditional musical theatre sound. You like shows w/ big production values.

See it if You want a few laughs and no story line.

Don't see it if If you want to story you won't get one. It all over the place.

See it if you enjoy a show with a silly theme, save the Redheads. After this show I'm not sure this is a good idea. Talented cast wasted.

Don't see it if you enjoy an intelligent show, drama or comedy. They keep mentioning brunettes and blondes as the enemy and only mentioned females.

Also There is a surprise guest who was the only highlight of the show. Don't know if this guest will be in all the shows. Very good singing and talented cast.... Read more Read less 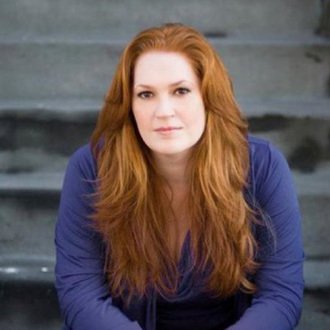 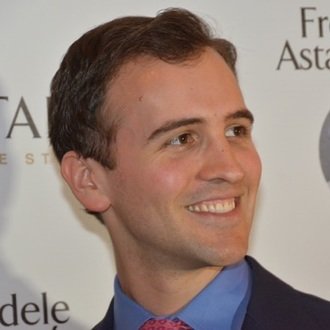 Katie Thompson
Victoria
Get Alerts Alerts On Alerts Off 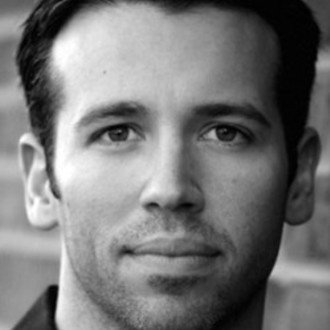 Matt Loehr
GJ
Get Alerts Alerts On Alerts Off 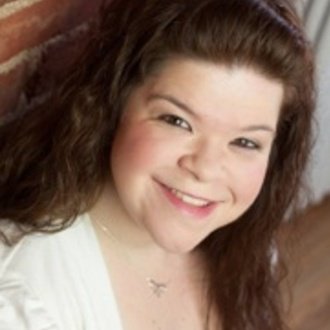 Marissa Rosen
Stephanie Hicks
Get Alerts Alerts On Alerts Off