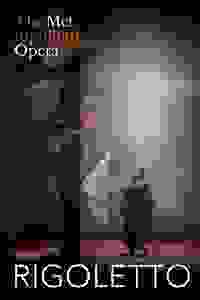 View in admin
Rigoletto
NYC: Upper W Side
81
Buy tickets from $30 on TodayTix
Score it Scored!

The Tony Award­–winning director of the Lincoln Center revival of 'South Pacific' resets the opera’s action in Weimar Germany in the 1920s. Baritone Quinn Kelsey brings his commanding portrayal of the title role to the Met for the first time, alongside soprano Rosa Feola as Gilda.

'Rigoletto' premiered at Teatro La Fenice in Venice, Italy in 1851 and was popular in its day.

The story is based on a controversial 1832 play, 'Le Roi s’Amuse,' by Victor Hugo about a hunchback jester in the days of King François I of France.

Don't see it if No reason not to

See it if It's got maybe the best aria ever (La donna è mobile), a gorgeous moving stage, and a female conductor. The parts are all well done.

Don't see it if My only issue is with the writing; the worst people here never get their comeuppance, and I'm not sold on how everyone loves the Duke.

See it if for the tremendous emotional music of Verdi, well sung.

See it if Brought 20 students who'd never seen an opera before. They were awestruck, and we were in the cheap seating. Transformative entertainment.

Don't see it if No reason not to attend, especially with the Met offering all sorts of discounts. Rigoletto's three hours just flew by.

See it if love operas

Don't see it if hate operas

See it if you want to see a wonderful opera performed by excellent singers.

Don't see it if La donna è mobile is not attractive... disappointed in this version

See it if You love a classic…

Don't see it if You are expecting something modern. It really seems to stick the original ideas with it‘s star baritone in mind

"The gravitational pull of 'Rigoletto’s' moral calamity was no match for Bernheim’s Duke, who, operating on another plane afforded him by wealth and position, ignored any force that tried to contain him."
Read more

"What’s left to say, but that vocally this was some of the finest casts that the Met has assembled for a production this season. And it’s definitely worth checking out."
Read more

"Critic's Pick!...If shifting the opera’s setting from Renaissance Italy to 1920s Berlin was not entirely convincing, this was still a detailed, dramatic staging, full of insights into the characters. The chorus and orchestra excelled under the conducting of Daniele Rustioni, who led a lean, transparent performance that balanced urgency and lyricism."
Read more

"There may be a constant low-grade panic coursing through the house, but it wasn’t evident onstage, where Michael Yeargan’s slow-twirling set (slipping from gaudy castle to dank house to dive), a chorus of thuggish courtiers, Donald Holder’s nimble lighting, and that perpetually awkward stage business involving a burlap sack all clicked smoothly along. Conductor Daniele Rustioni kept the orchestra sounding effervescent and fleet, honoring that unquenchably Verdian mixture of nastiness and entertainment. Sher and Rustioni made it clear they understand that, despite all the humiliation the title character endures and the ranging vindictiveness it triggers, Rigoletto is a tragedy that brings audiences joy."
Read more

“Rigoletto” is a barn-burner—you have to gallop along with the sexism, violence and sentimentality in order for it to work. In this production, despite some gripping theatrical and vocal moments, the all-consuming sense of tragedy was missing."
Read more

"While I was a fan of the "Rat Pack" production that preceded it--I know many weren't--I was ready to see what the Tony-Award winning director had up his sleeve. What followed was disappointing, despite some creditable singing and smooth, involved orchestral playing under Daniele Rustioni, with much blame I thought, going to Sher."
Read more

"There’s a strong case to be made that Rigoletto is a proto-Brecht drama, and certainly the actual features of the Weimar Republic could be a compelling setting for the opera. It’s a shame such an excellent cast is fronting a new production that comes off as an empty bill of goods."
Read more