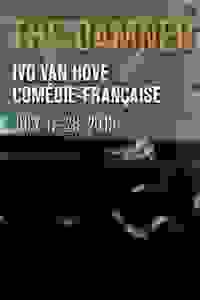 The Damned NYC Reviews and Tickets

Tony Award-winning director Ivo van Hove premieres of his adaptation of Luchino Visconti’s dark drama 'The Damned,' with the historic walls of the Wade Thompson Drill Hall forming the backdrop for this production.

Using the screenplay rather than Visconti’s film as a starting point, van Hove traces the disintegration of the wealthy Essenbeck family and their steel dynasty during the seizure of power of the Nazis in 1933 in Germany, reflecting the ideological debauchery of a society ready to make the most venomous alliances for the benefit of its sole economic interests.

Don't see it if Confusing and at points unclear story. Watching the movie would have helped a lot especially with the very fast English supertitles. Read more

See it if You're a fan of Van Hove's work - Very inventive direction and staging. Dark and Heavy story w/ excellent performances.

Don't see it if See the movie first. Story can behard to follow due to Simultaneously reading supertitles, watching the screens + actors on stage.

“Astonishing...Despite Mr. van Hove’s directorial relish for sweaty melodrama, which the cast delivers with gusto, flames burn cold in 'The Damned.' I mean cold enough to keep you shivering from beginning to end...The political attitudes of the characters, embodied with unnerving intensity and discipline by the cast, cover a range of viewpoints...This rich and merciless production makes it clear that they are indeed damned for all eternity."
Read more

“Methodically terrifying...Despite the magnetic pull of that screen, the production is at its most visceral when its merciless images play out in the bodies of its actors...There’s no petty attempt at audience-shaming, no finger wagging or spurious call to action. Instead, van Hove and his undaunted ensemble simply require that we look, long and hard, without blinking. Here we are, their story tells us. Again."
Read more

"It's a powerful, unfortunately timely tale whose impact should be momentous. Instead, the Comedie-Francaise production directed by acclaimed avant-garde director Ivo van Hove diffuses the story's emotional impact by relentlessly calling attention to its cleverness. The most obvious example of the production's self-consciousness is its extensive emphasis on video projections, a theatrical device that, even as it has vastly improved technologically, has by now become a shopworn cliche."
Read more

"Greed, sex addiction, blackmail and craven excuses for Nazis…nope, no relevance to see here!...Neither the screenplay nor van Hove’s chic, mediated staging deepen our understanding of why Martin is so maladjusted...As usual, the design is impeccable, and you leave with images seared into memory...To me, respect and faint exasperation are perfectly sane dual responses to this polished global brand."
Read more

“Intriguing but enervating...While it’s easy to admire the ambition of ‘The Damned’, it’s difficult to hail it a complete success. The material is enigmatic to begin with and the adaptation can be confusing...Despite all of the violence, perversity and screaming, the show’s emotional wallop is surprisingly muted. Instead of sending shivers and unsettling, the show numbs...Still, the involvement of Comédie-Française...and van Hove makes this a must for theater lovers."
Read more

“While I have consistently found van Hove’s aesthetic to be overblown, overindulgent, pretentious and bewildering, others have praised it as visionary, freethinking and electrifying. Those who like his work (or have yet to make up their minds) can check out his latest production...Eerie background music accompanies a lot of disturbing imagery...After the first 10 minutes, one can sense the audience divide into those who love it and those who hate it...Which side will you be on?”
Read more

"Breathtaking...The story churns forward with the brutal efficiency of an assembly line under Van Hove's unrelenting direction...The performances are crucial in selling Van Hove's most arresting moments, and this cast wholeheartedly rises to the task...Van Hove has staged a nightmare from the darkest recesses of humanity about the obscene madness that can result from so-called rational self-interest."
Read more

"van Hove remakes ‘The Damned’ as a cunningly constructed endgame in which the ruthless pursuit of power inevitably ends in a pile of ashes...The staging is so sleek as to occasionally be confusing; if you haven't seen the film...An epic portrait of moral collapse...The uniformly excellent cast invests these dark and morally bankrupt doings with a reality that makes them impossible to dismiss. "
Read more

"van Hove strips away anything he regards as superficial to the basic text...Much of the goings-on in 'The Damned' are confusing as the society cracks and crumbles. Just who is who is often confounding, though I’d say those problems are more attributable to Visconti and his collaborators than to van Hove...While I admire van Hove’s theatricality, I find it insufficiently effective for a full endorsement of his take on a film about which I already have reservations."
Read more

“Van Hove has captured the frenzy of the Visconti film and made it all the more powerful as it unfolds live in our laps...The masterful production might indeed be too intense for the faint of heart...The direct-from-Paris cast is phenomenal...As for the work of van Hove and Versweyveld, it is ineffective to try to describe what it is they do; it really must be seen and sensed and felt. To say that they expand the dimensions and capabilities of the stage only touches on the matter. "
Read more

"Van Hove is well suited to this material...'The Damned' is as unsettlingly lurid onstage as it was on film...The technical mastery in evidence is seamless, and the company is astonishing...The final image will surely leave some in the audience rattled to the core, while confirming for others what many critics felt about the Visconti film: that it was Nazi kitsch on a grand scale. I must admit to falling somewhere in the middle."
Read more

"It is epic in proportions...It is Shakespearean in form, majestic and hypnotizing...One huge historical construct of melodrama and the infectious disease of greed, power, and domination...The metaphoric directions and abstract and symbolic deaths pile on the discomfort with an exceedingly creative eye...Never really finding its way to connect on a deeper level, remaining solidly in the intellectual yet disturbing sphere, rather than making our heart play a role in the proceedings."
Read more

“Van Hove’s intense, extraordinary stage adaptation of Luchino Visconti’s 1969 film...A remarkable cast...Stagecraft that is ferociously inventive, unrelenting, and unsurpassed...’The Damned’ takes flight in eerie imagery and brutal metaphor...Van Hove is willing to take risks. In ‘The Damned’, what he and his collaborators do is not just impressive; it’s riveting.”
Read more

“The production makes such extensive use of video on a large screen that it comes across as neither fish nor fowl...There was gratuitous nudity, violence, depravity, and effects included for their shock value...Lugubrious pace and confused storytelling...Van Hove’s version makes clever use of video but runs on far too long after it has made its point...If you are a van Hove completist, or are eager for a chance to see fine French actors, you might find the evening worthwhile."
Read more

"The effects range from stunning to ridiculous to stunningly ridiculous...Van Hove is beginning to repeat himself and others...What with all the Nazi sex and murder going on, 'The Damned' isn’t a colossal bore like van Hove’s 2010 revival of 'The Little Foxes' at the New York Theatre Workshop. But under his direction, both dramas are reduced...The actors are well-rehearsed; the camerawork, on the other hand, is pretty sloppy."
Read more

"Breathtaking and terrifying...Mr. van Hove smartly observed the epic, tragic scale of this intimate story and its resonance for the global moment of upheaval in which it arrives on stage, and produces a visceral performance coursing with violence, sex, and brutality...It is thrilling to observe and to participate, even given the grisly substance of the play...One of the most profoundly unsettling, memorable, and perversely satisfying experiences I have had in the theatre."
Read more

"Nowhere has there been as clear-eyed and horrific a vision of what can happen when people do nothing about growing facism than in 'The Damned'...It is a brilliant and unsettling production that redefines our current political moment...Despite the occasional melodramatic element, it all feels like truth. And most true of all is when the camera turns on the audience...Everyone is a witness when a government falls. And if those witnesses do nothing, they are collaborators."
Read more

"van Hove throws us into the center of the action and never lets us out of his disturbing and oh, so powerful grasp. He is a masterful puppeteer...A masterpiece of which its magnetic draw and imagination keeps the viewers entranced. Every actor is a veritable world unto themselves...van Hove smartly uses film in a myriad of ways to mine this thick and psychically dense material...Nothing is superfluous...It was as intense as it gets on the stage."
Read more

“This is, to put it bluntly, a holy-shit of a production if I’ve ever seen one. That the show crackles with so much life is all the more surprising...Somehow Van Hove cracks the material open, running a tight narrative spine through it while losing nothing of the essence...Van Hove forces you to watch, and listen...The play is almost as cinematic as its predecessor, the screen a canvas upon which Van Hove paints and a second stage in dialogue with the one below it...Couldn’t be more timely.”
Read more

"A uniquely topical theatrical experience...Van Hove alternately evokes the stern grandeur of modern German opera and the forbidding terror of contemporary European metal in a distinctive mashup wholly his own. His 'Damned' is one which lingers in the imagination long after the cast assembles onstage for their final formation...The production wisely updates Visconti’s potent yet somewhat dated and overheated film for a contemporary audience."
Read more

"A masterstroke...A dangerous, vast, and virtuoso production that confronts its time and context with chilling force...The production excels theatrically, technically, spatially, and musically...The synergy between Van Hove and la Troupe is evidently exceptional. The actors work together and individually to perfection, and are able to fill the vast space and focus on tiny details without it ever seeming forced."
Read more