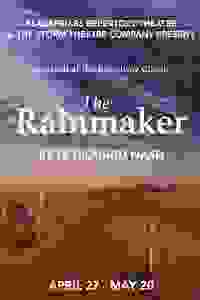 Blackfriars Repertory and the Storm Theatre Company present this iconic drama, set in the American West of the 1930s, about a charming stranger who brings hope to a drought-stricken town and lonely spinster. More…

A stage classic by N. Richard Nash from the golden age of American theater, 'The Rainmaker' is a deeply romantic fable of love, longing, hope, and fulfillment.

See it if you’re into expert playwrighting. Script is a well-crafted character & conflict machine. Deserves its classic status.

Don't see it if you’ve no patience for the introvert’s dilemma, plays that uphold status quo re marriageability, or Romanticism over Rationalism

Also Sort of like a dustbowl Cinderella. Totally enjoyable even as you perceive how manipulative it is. Capable cast hits the comic marks even if some of the more vulnerable moments get too maudlin to identify with. Still, there’s so much charm embedded in the script and in winding up the characters before letting them loose. The play’s also exceptional in that it’s a family drama but without the usual suppressed secrets/affairs/abuse. Made up entirely of likable characters—even Noah who’s such a believable example of everyday villainy. Both brothers (Sean Cleary, Benjamin Jones) were great.... Read more Read less

See it if Starts dry but brews a little storm of self awareness, facing bleak reality, and self esteem. The con brings new life to a dry, stuck family

Don't see it if Problematic premise is based on women not having worth without a husband or someone not being coupled up.

See it if You want to see an excellent version of this play. It was wonderful to see the play. I had only seen the movie.

Don't see it if You need to see big Broadway Productions. This is more intimate.

See it if you'll enjoy seeing an important American play, which is fairly well acted.

Don't see it if ..you don't like period dramas.

Also This is one of my favorite plays, so I was really looking forward to it. The biggest problem is there is absolutely no chemistry between the two leads....and I do mean absolutely none. Their romance was utterly unbelievable. In the original, when Lizzie chooses between Starbuck and File, you're supposed to be unsure as to the choice she'll make. There's real tension as two very different men fight for her. In this version, it's obvious which she will choose. There's no tension whatsoever.... Read more Read less

See it if You enjoy drama with humor and pathos & are happy to go off-Broadway. The actors were superb!

Don't see it if You are not a fan of drama set in 1928 & lack the imagination to believe against all odds.

See it if You want to see a charming rom-com, set at a luxurious pace, that'll leave you feeling warm and fuzzy inside.

Don't see it if You haven't the patience for a slow burn of a show, or are turned off by Southern accents.

See it if You like a good drama with some interesting characters.

Don't see it if You like comedies and musicals.

See it if You want to consider women's economic dependency and tradeoffs between companionship, compatability mutual affect & respect.

Don't see it if You want something light. This has moments of levity but overall it paints a sad story about how deep sexism is in American culture.

See it if you like well written shows with very good acting in an intimate setting...

Don't see it if you are looking for a big budget show with lots of sets and costumes...

See it if You like play with great acting with a wonderful story from 1920s. Some of the things still relavant today. Finding love, family problems

Don't see it if You like contemporary theatre, if you are feminist, do not like family drama.

Also What an amazing cast. 2.5 hours passed so quickly. It is a must see play with a good story line and in a great theatre.... Read more Read less

See it if you have never seen this classic drama about taking a chances and discovering that we need to be our own rainmakers to live our dreams.

Don't see it if you are not up for an intimate play set in the American West and dealing with love and longing, drought and dreams, hope and happiness.

See it if Like a Midwestern play where a swindler, comes into your family, and turn you life up side down.

Don't see it if If you are looking for a musical, or maybe you don't like people taking advantage of other people.

80 reviews
Get Alerts Alerts On Alerts Off
79
Absorbing, Entertaining
May 8th, 2018

See it if you'd like a well acted and staged classic American play and like to see plays in intimate spaces.

Don't see it if you'd prefer the musical version

50 reviews
Get Alerts Alerts On Alerts Off
95
Clever, Great acting, Intelligent, Masterful, Must see
May 14th, 2018

See it if You like O'Neill or Tennessee Williams plays. The acting was wonderful and the story is very engaging and sad at the same time.

Don't see it if If you don't like sad stories or stories.

See it if you would enjoy a well crafted, well acted throwback show but with gender types that are a little musty.

Don't see it if you prefer shows that are as up to date as Kansas City.

See it if you like plays about family dynamics

Don't see it if you dont like plays about southern life

See it if Title character is an amazing actor-dancer

Don't see it if Can’t imagine

Don't see it if you need better acting

See it if ... you want to see Broadway-worthy performances without making the trip to New York City. This show is enthralling from start to finish.

Don't see it if ... you don't feel up to a 2+ hour show with lots of twists and turns and well-developed character. This review is for the show in Madison.

See it if You enjoy great actors bringing a classic back to life. This play was very entertaining & charming. Put many smiles on my face.

Don't see it if You are only interested in musicals

Also Kudos to the Producer & Director!

See it if It was incredibly well cast. Character development is paramount to telling this story of hope and love. The actors were excellent!

Don't see it if If you want to see a musical.

Don't see it if you're offended by anti-feminism of 1928. Some actors better than others. One woman, 6 men. Still, I enjoyed this old-fashioned charmer.

See it if Strong, direct & unfussy staging by Dobbins proves to be the best approach to this well-made romantic classic from mid- 1950's Holds up well

Don't see it if Leads a bit board Ms. Dobbins' Lizzy lacks needed undertone of spunk & Provenza's Starbuck too clownish but ensemble A+ esp Chandler's File

See it if Always great too see some of the oldies at a small intimate site where all of the actors an flourish. Simple but great set (black box)

Don't see it if It appears that the smallest role has been replaced but clever use of the clipboard does great for the role..

Don't see it if Don't like classic, and some old idea thinking about women.

Also All the cast did excellent job. Sean Cleary was so charming and funny as the young brother. Matthew Provenza who play Starbuck the rainmaker was excellent. Have a great time laughing watching this show.... Read more Read less

"A model of an effective well-made play. Exposition, character delineation and plot are all imparted with engaging precision...The soul of the production is Ken Trammell’s understated performance as Mr. Curry who erupts with feeling when worried about his daughter...Director Peter Dobbins’ master...
read more
Get Alerts Alerts On Alerts Off
"It’s a production that will satisfy, and perhaps delight, those who appreciate classic American theater and those who want to experience the best of the Golden Age of Broadway...In this mounting, the production doesn’t so much play for levity as it does for the more serious side of the piece. In...
read more
Get Alerts Alerts On Alerts Off
“A well made play, performed by a stellar cast...An enduring classic...At times heartbreaking and in other moments completely hilarious...Dobbins has ensured the perfect pace and never ‘gilds the lily’ with too much sentimentality. He keeps the characters real and grounded as they struggle with t...
read more
Get Alerts Alerts On Alerts Off 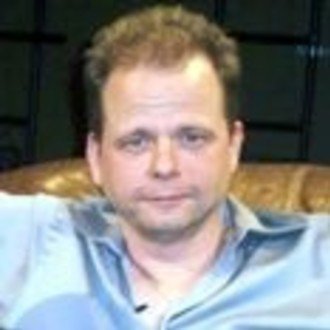 Peter Dobbins
Director
Get Alerts Alerts On Alerts Off 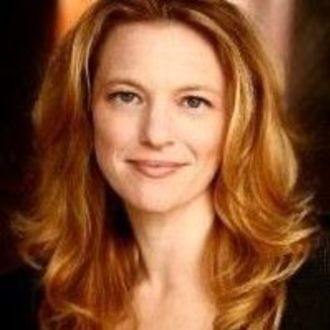