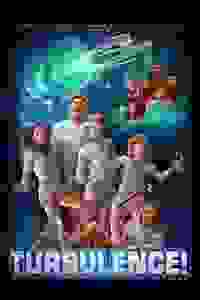 The 4242 Intergalympics are finally here, and it’s up to the crew of the S.S. Albacore to prove that Earth isn’t the shabby dirt turd the Martians think it is. Ready, set, space! 'Turbulence' won Best Musical and Best World Premiere in the 2017 Hollywood International Fringe Festival.

See it if Campy, hammy, improv-style musical with lots of cliches. The actors were having fun and most of the audience was too.

Don't see it if You would like more quality and originality throughout. Funny moments were interspersed with banal stretches.

See it if You enjoy high camp. You like sci-fi stories. You want a well-edited comedy w/fun music & performers.

Also Here's another Fringe Encore that's appropriate for all ages. If your child enjoys sci-fi, you can bring them.... Read more Read less

Don't see it if anything Fringe-like, pun-ishness, low rent production values, silver spanks, anything 2 nipped, could drive you over the edge

See it if You're up for a refreshingly silly, wildly entertaining and solidly performed musical sci-fi spoof, a tonic for these troubled times.

Don't see it if You're looking for a serious musical or can't just sit back and be entertained by an endearing, instantly likable and talented cast.

See it if You are into space themed spoofs. You like martians versus aliens or stories with happy endings and catchy tunes.

See it if you are a sci-fi fan, and have nothing better to do. It uses every cliche in the book to try and tell a story. Just doesn't always work.

Don't see it if you want a serious show. I enjoyed moments of it, but as a complete show I was bored, since it was very predictable.

Also The martians and Mambo #5 were the highlights of the show. Additionally the scientist had a good signing voice. I was hoping for more, being a sci-fi fan.... Read more Read less

See it if you enjoy campy comedy, sci-fi parody, puns, and silly musicals.

Don't see it if you cannot appreciate silly comedy and simple costumes/sets.

118 reviews
Get Alerts Alerts On Alerts Off
89
Entertaining, Hilarious, Amateurish, Quirky, Over the top
October 16th, 2017

See it if you enjoy spoofs of space adventures ala Spaceball. Cast do best to please and they don't disappoint. Its a Fringe hence the amateurish set.

Don't see it if you don't enjoy silly fun. But if you can loosen up & be a kid for an hour or so, you'll not regret for the laughs it brings esp from Mambo!

See it if you like sci-fi spoofs, B movies and a lot of space puns in a short one-act musical.

Don't see it if you want a show with high production value or meaty plot.

See it if you want an amateurish show that seems to have an audience of the performers' friends.

Don't see it if you want a show that has any wit.

See it if you have children who'd enjoy a musical. You enjoy children's theater. Want to see a lighthearted show with a positive message.

Also The Turbulence cast seemed like very nice people and I really wanted to like it, but my friend and I left quite disappointed. We were expecting to be laughing a lot more. I think if we had known it is more of a family show we'd have enjoyed it more. But because it was a night show we expected more humor than characterizations. If they had advertised it as "A family musical," I would have scored this higher. I did enjoy most of the songs though! They were catchy and the actors knew their harmonies. The show also had a great message. It could be improved by adding a little more back story and tidying up the script, especially towards the end. I know the story is out there, but I think less requiring of suspension of disbelief would help the show. Unless they went the complete opposite and went even zanier. I know the plot line was created from Improv and it is apparent. I think it might do better if they kept the improv aspect of it. As it stands, it's a solid family show.... Read more Read less

See it if Are a Fringe Festival fan. Like off-the-wall, silly space spoofs (ala Spaceballs on an extreme budget).

Don't see it if Goofy, Saturday Night Live type skits are not your thing.

Also It was very enjoyable. An odd-balls-in-space, hour long, musical sketch. The audience was very in the spirit of the bad/good pun humor and over-the-top characters. Incredibly energetic cast. This was their first preview and there were a couple of small bumps along the way but their timing will sync up quickly. They need to work out the sound levels. In the opening set-up the music all but drowned out the narrators voice and a couple of places during some of the songs there were balance issues, but nothing major. They work well as an ensemble.
See it if you’re in the mood to laugh and see how many Quentin Tarantino puns you can catch!
... Read more Read less

See it if You enjoy musical parodies.

Don't see it if You do not appreciate sci-fi parodies made to muscials.

See it if you love a refreshing musical, new ideas and a young energetic group!

Don't see it if you'd rather see a drama

See it if If your reaction to reading the show description "yes, I'd love to watch a musical about the Intergalympics!"

Don't see it if You'd rather see something serious and thought-provoking than something fun and silly.

See it if You want a short but total break from the gloomy reality of today's news. Can suspend disbelief and "go with the flow." Are non-judgmental.

Don't see it if You want Broadway-polished choreography and music. Have no patience for silliness in the cause of fun.

Don't see it if you're looking for elaborate stage design.

Don't see it if You are looking for a serious, depressing show

See it if You want a fun-filled evening watching these talented kids who wrote, acted, and provided wonderful live music throughout!

Don't see it if You don't want to walk out smiling!!!

See it if Enjoy the comedy of Amy Sedaris, Wet Hot American Summer, Christopher Guest and the like.

Don't see it if You're desperate to be a hater

See it if If you love life!

Don't see it if If you want to be sad.

See it if See it if you're looking for a fun, quirky, uplifting show and if you want to wake up the next morning singing the "Spacericize" song!

See it if Recommend to everyone especially if you are into comedy and music!

See it if So good! The original songs are just really clever and hilarious. This is a high-energy show; the cast is dynamite. Don't miss it!

Don't see it if No reason not to see this show! You'll love it.

"Fasten your seat belts. It’s going to be a bumpy night. 'Turbulence!' rocks the Soho Playhouse more than Margo Channing could ever have imagined. The bumps are actually convulsions of laughter evoked by the hilarity onstage...Music is light and tuneful. Songs maintain the same mock seriousness t...
read more
Get Alerts Alerts On Alerts Off
“An energetic hour of silly sci-fi fun...Directed in a comically casual style reminiscent of an extended SNL TV sketch, the spirited creators/performers of Robot Teammate fully embrace their wacky future vision with full-out goofiness and gusto...While ‘Turbulence!’ does include some serious unde...
read more
Get Alerts Alerts On Alerts Off 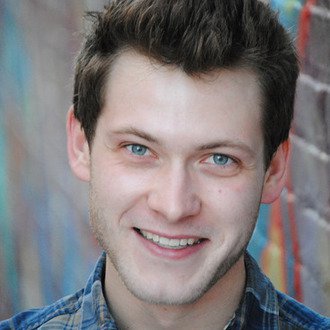 Miles Crosman
Playwright
Get Alerts Alerts On Alerts Off 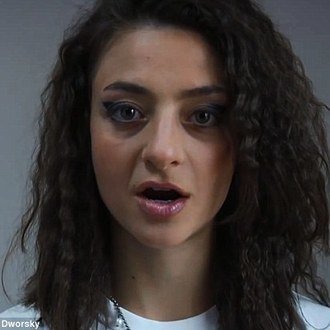 Molly Dworsky
Director
Get Alerts Alerts On Alerts Off 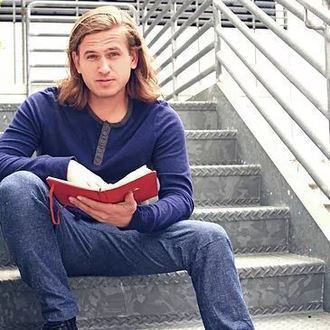 Chris Bramante
Cast
Get Alerts Alerts On Alerts Off

Miles Crosman
Cast
Get Alerts Alerts On Alerts Off

Molly Dworsky
Cast
Get Alerts Alerts On Alerts Off 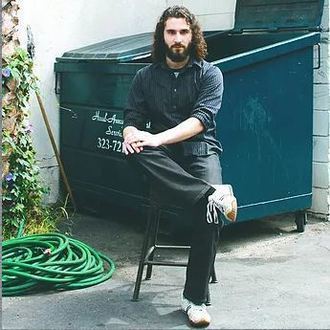 Sam Johnides
Cast
Get Alerts Alerts On Alerts Off