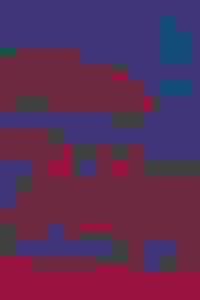 IATI Theater presents a new drama about five New York City Latino millennials at a crossroads. Do they fight injustice in a world destined for war, commotion, and hate, or do they remain passive observers?

'Gazoline' was inspired by the 2005 French riots, when young activists burned one luxury car each night to raise awareness of the world’s desperate need to redeem itself and re-embrace peace, equality, and justice. It is an exploration of youth’s unrest and the quest for hope, equality, and justice by one of Spain’s most prolific contemporary writers.

See it if You want to watch Latino experience. So relevant to our current political situation. Sad to see this group was caught in a dilemma.

Don't see it if You don't know Spanish and you don't want to watch English subtitles. You are not interested in the lives of teenagers.

See it if you can. Great show overall, actors and story line are fantastic. Highly recommend seeing it.

Don't see it if You don't speak Spanish and you don't want to read English subtitles. You want a big stage production.

See it if U want to see how politics & unsatisfactory circumstances affect young immigrants & what can occur when explosive elements mix & collide.

Don't see it if U're tired of politics, immigrant related issues or have little interest in how youth view society and what triggers their actions/reactions Read more

See it if This is a great non traditional play that spurs the viewer to step outside their comfort zone and see the world from other perspectives.

Don't see it if If you aren't comfortable with unconventional structural formats or don't care for being challenged as an audience member.

See it if you want to see an adaptation that takes risks to bring a real story closer to our New York reality today.

See it if you are seeking contemporary theatre from new voices. These are some people to watch in the coming years.

Don't see it if you prefer classic/repertoire theatre.