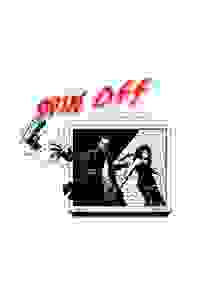 View in admin
Spin Off
NYC: Harlem
Score it Scored!

Spin Off NYC Reviews and Tickets

Set within the world of a network television series, this surrealistic tale sees TV characters attempting to "immigrate" from the world of fiction into the reality beyond the soundstage.

Figures from television's seemingly endless stream of cop shows--a male NYPD Detective, a woman psychiatrist and a young Nuyorican/Puerto Rican woman--have been mysteriously awakened to the narrow limits of their existence as stereotypes. They devise a plan to "cross over" in order to find fully dimensional lives. In preparing to escape the confines of their artificial world, they make discoveries about the nature of memory, aspiration, identity, loyalty and, most importantly, love.

"Making the play more surreal than necessary on the almost empty stage, director Ron Canada fails to bring the cardboard characters to life and the minimalist staging does not help to ground the play in a reality. Although the actors speak quickly, the pace seems slow as so much is repeated, often immediately after being said. A good deal of judicious editing would help greatly."
Read more

“Written in 2003 and yet...is even more relevant now. Uncanny and scary how it hits the nail on the head, getting at our paranoia of the immigrant at the exact shrieking pitch of today...The layers of the play will have you considering and reconsidering existence – yours and others...The director, Ron Canada, moves this layered onion at a pace meant to keep us on our toes...This is a smart play, with smart actors and director, telling us the messy story of us.”
Read more

“Canada pumps both a figurative and literal fog across the stage for the entire evening as the confused characters stumble toward enlightenment. Their occasional comic moments suggest that the play would have been more effective if it were half as philosophical and twice as satiric...Each protagonist can barely hold it together, making it difficult to feel a connection with any of them.”
Read more

"Pomerance uses the metaphor of undeveloped characters repeating their situations over and over, yet trying to find a different path...to pose questions all of us might well ask ourselves...Though the questions are good, they have not been posed as incisively as one would have wished...Pomerance’s heart was in the right place, but the play, like the monologues, like the characters, falls victim to its trope of recursiveness and ends up lacking focus. 'Spin-Off' needs some rewrites."
Read more