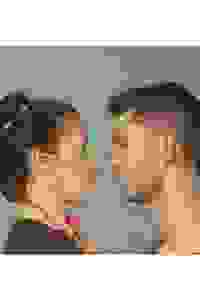 View in admin
Aaron and Julia
London: Isle of Dogs
Score it Scored!

Adelfius has the eye for Afra but can't seem to attract her any more than he can attract locals to religion. At a loss, he decides to make the most of the arrivals of a Jewish Christian and a Roman noble to put both religion and himself in the spotlight. Oliver Myers' comedy merges history with contemporary wit.