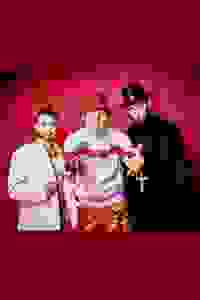 Badass Be Thy Name (London) London Reviews and Tickets

A quintessential kitchen sink drama turns into a vampire-filled saga in Police Cops physical comedy show! Inspired by the movie of the same name, Badass Be Thy Name is a multi award winning farcical comedy set to the soundtrack of 90s rave music!
The show returns to London after sell-out runs at the Edinburgh Fringe Festival and in London.