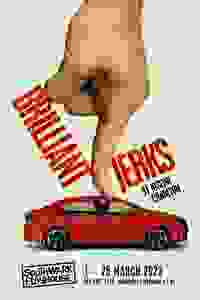 View in admin
Brilliant Jerks
London: Elephant and Castle
Buy tickets from £19 on TodayTix
Score it

Award-winning writer Joseph Charlton's scandal-driven show based on the creation of a ride-hailing app.

In 2008, an entrepreneur is unable to hail a cab in Paris, sparking a billion-dollar idea that changed the transport landscape: push a button & get a ride.

Ten years later, Mia drives at night in Manchester, Sean is recruited as a bright new programmer and Tyler moves onto yet another new future.

'Brilliant Jerks' tells the story of one brilliant idea and its impact on the lives of many.