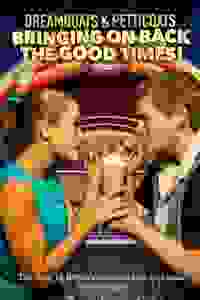 A revival of the romantic musical comedy set to hit songs from the 1950s and 1960s.

A jukebox musical inspired by the best-selling compilation album series of the same name.

Set in Essex in the early 60s, teenager Bobby is an aspiring song-writer and has a gift for singing. He has a crush on a schoolgirl but doesn't know if can take her out on dates and show her a good time whilst rationing his pocket money for an electric guitar.

The musical features songs such as 'Let's Dance', 'Teenager in Love' and 'Dream Lover'.