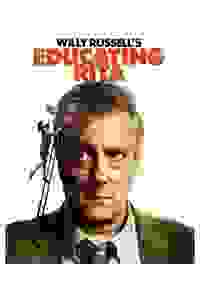 Rita and Frank are seemingly polar opposites: Rita, a working class hairdresser, Frank, a wallowing academic with a taste for his liquor. When the lives of the two collide on a university course, home truths and hilarity ensue. The RSC's original production won the Olivier Award. This new production, directed by Max Roberts, stars Stephen Tompkinson as Frank and Jessica Johnson as Rita.