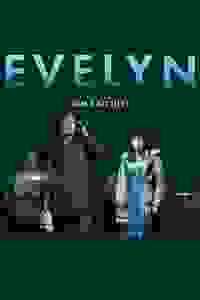 Set in a coastal Essex town, 'Evelyn' explores what happens when the mob takes justice into their own hands and whether justice can ever be fully served.

Playwright Tom Ratcliffe started his professional writing career in 2015. His debut play, 'Circa', premiered in Amsterdam in 2016 before its UK debut at the Vaults Theatre as part of Pride in London in the same year.

"'Evelyn' clearly aims to explore the interface between coercive control, criminality and unforgiving mob justice. The problem is that none of it is executed convincingly enough: the script feels scrappy and the acting in director Madelaine Moore’s production cannot cover the cracks."
Read more

Ratcliffe’s treatment of Jeanne is quirky yet sympathetic, but despite the generosity and texture of Lenska’s performance, her story pulls the focus and dynamic of the play. Ratcliffe’s dramatic style shows real promise, but it feels as if there are two plays here that merit individual treatment.
Read more

"It’s all too scattershot, the nightmarish interludes failing to cohere with the more pedestrian scenes. And it never quite reaches the expected climax or unpacks its vague ideas about gendered violence, retribution and redemption, and our fascination with appalling true crime stories. Horrors hover over it, yet we remain fatally detached."
Read more

Ratcliffe explores the role that social media plays in forming and shaping opinions; in this case it’s a community Facebook group that inspires a form of mob justice, but just as in real life, we can never be sure if justice has truly been served
Read more