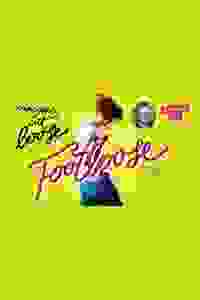 A musical adaptation of the 1980s film about a teenager's rebellion against a small town.

Ken is forced to uproot his life from Chicago to the small town of Bomont where rock music and dancing are banned. The restless teen struggles to fit in but with help from his new friends Willard and Ariel, they might be able to shake up the midwestern conservative town for the better.

The musical based on the 1984 film of the same name features 80s hits 'Let's Hear It For the Boy', 'Holding Out for a Hero' and 'Footloose'.

The original Broadway production was nominated for 4 Tony Awards including Best Book of a Musical.

See it if You love the movie.

Don't see it if You hate the music already.

See it if you love full of fun shows, colourful productions, plenty of talents, accurate storylines from film adaptations.

Don't see it if you prefer serious, more thought-provoking shows, you do not like large-scale touring shows or celebrity casting.

See it if You like a feel good musical that you can sing along to.

Don't see it if You are looking for a family show as it’s aimed at older children and adults.