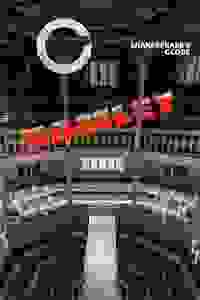 Prince Hamlet is shocked that his mother has married his uncle so soon after the death of his father, the King. And when his father’s ghost reveals a dark secret, Hamlet's focus shifts to exacting revenge.

In a world of surveillance and counter-surveillance, no one – including Hamlet – knows quite who or what to believe.

See it if You like watching Shakespeare and want to see a modernised version. You want to check out the venue.

Don't see it if You get bored easily or you don’t already know the story. I was confused and bored and left in the interval unfortunately.

See it if Love it

Don't see it if You don’t know about hamlet

See it if You want to see arguably the most famous play in history in a contemporary way.