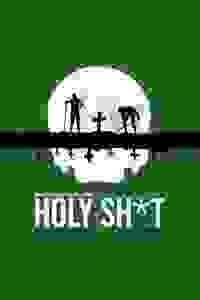 A new dark comedy play about the morality & faith of two priests embroiled in a scandal of their own making.

Fathers George Hobbs and Charlie Moss are two priests that aren’t cut from the same cloth but desperation leads them down a path that is less than holy. In a desperate attempt to save their church, they begin selling the assets they have an abundance of - bodies in the church graveyard. A decision that finds them under the gaze of the law and in too deep.