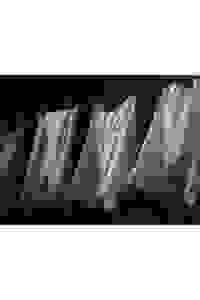 Lynn Nottage's reflective piece documenting the history of her great-grandmother.

Esther - who lives in New York at the turn of the 20th Century - has resided in her boarding house for 18 years.

Other girls arrive, marry and then move on, but Esther remains, creating clothing for women to wear on their wedding nights. Everything changes when letters from George begin arriving, signaling Esther’s last chance to get the life she’s always dreamed of.