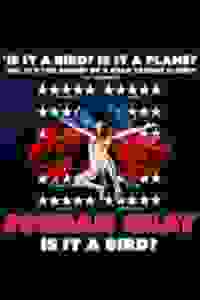 View in admin
Jordan Gray: Is It a Bird? (London)
London: Soho
Score it

Jordan Gray: Is It a Bird? (London) London Reviews and Tickets

Award-winning comedian Jordan Gray's solo comedy show that centres around her identity as a transgender woman.

After competing in series 5 of 'The Voice' and 10 years in the music industry, Jordan Gray has suddenly become a rising star in British comedy. 'Is It A Bird?' sees Jordan take on babies, boobs, bigots, and Batman in an hour of live music and comedy.

'Is It A Bird?' enjoyed a sold-out run at the Edinburgh Fringe Festival, where Gray won the 2022 Comedians' Choice Award. The show will soon debut at the Melbourne International Comedy Festival and Off-Broadway.