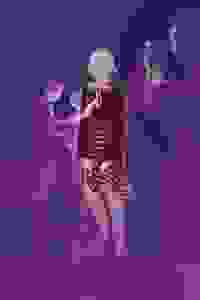 View in admin
Jules and Jim (London)
London: St. James
Buy tickets from £26 from the Box Office
Score it

The world premiere of the stage adaptation of Henri-Pierre Roché's romantic drama.

In spite of their different backgrounds and nationalities, Jules and Jim vow to live life in pursuit of love. But as Paris braces for war, time for love is running out. That is until Kath walks into their lives, and the three of them embark on a whirlwind adventure across Europe.

This adaptation of Roché’s autobiographical novel is directed by Stella Powell-Jones, marking her first production as Artistic Director of the Jermyn Street Theatre.