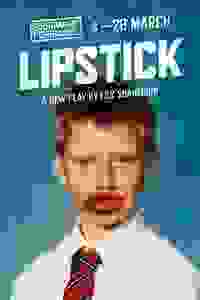 Two young boys learn to stand out from the crowd in this coming of age play by Lily Shahmoon.

Tommy is frightened of what people will think if he is caught applying lipstick. But Jordan isn't concerned by what anyone thinks and believes lipstick suits Tommy. In Lily Shahmoon's new play, the two teenage boys are played by Helen Aluko (Harry Potter and the Cursed Child) and April Hughes (The Play that Goes Wrong). Directed by Ed White who makes his directorial debut.

For all its complex and weighty themes, its two delectably drawn characters and the vibrant dialogue make for a nimble and witty play...There’s endearing authenticity to Lily Shahmoon’s delicate gender-drama...'
Read more