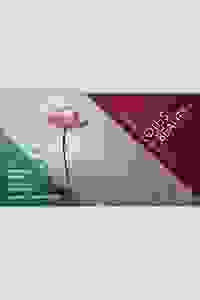 At Reita’s salon, clients get pampered, preened and make small talk. But with honest truths not on offer, will the power of community be enough to raise the spirits of everyone who passes through the salon doors?

Over ten years ago Satinder Chohan's play 'Crossing The Line' debuted at the Hampstead Theatre. Since then, Chohan's credits have included 'Zameen', 'Kabaddi Kabaddi Kabaddi', 'Half of Me' and 'Made in India'.

See it if You strongly support talented British Asian women actors, playwrights and the artistic team who have created an amazing play.

Don't see it if You don’t have tissues at hand because you’re definitely going to need to wipe a few tears!

It is frustrating that Satinder Kaur Chohan’s script does not effectively tease out the themes it sets up. Part of the problem is the confused tone of the play. The tone turns darker in the second half and the play builds in intensity. But it veers towards melodrama, with predictable plot-points.
Read more

Ghai’s production, which is designed by Rosa Maggiora, tries, not always successfully, to strike a good balance between comedy and tragedy, although it does honour the material, especially its more difficult moments. Lotus Beauty has many enjoyable moments, but could have been improved by sharper plotting.
Read more

A flipside of the play's ambitious storytelling is that its overall direction of travel isn't always very clear. Lotus Beauty is a poignant look at the human need to fit in – set against the backdrop of racism, sexism, and violence.
Read more

The production is comical but clunky at times. Though an uneven production, it is a harrowingly truthful portrayal of the hardship suffered by South-Asian women, which demands attention. It would also be wise to read the trigger warnings.
Read more