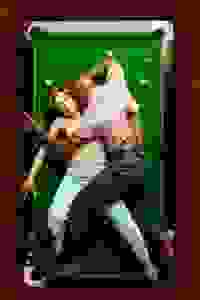 View in admin
Othello
London: Hammersmith
70
Buy tickets from £10 from the Box Office
Score it Scored!

A new production of one of Shakespeare's most devastating tragedies. A story about social standing, love and betrayal.

When the villainous Iago is passed for promotion, he seeks revenge on the confident and intelligent Othello. Events unravel when Othello is led to believe that his wife has been unfaithful and he subsequently becomes overwhelmed by jealousy.

This revival production returns with an updated version following successful runs in 2008 and 2014.

See it if You didn't understand the NT version at ALL

See it if you enjoy reinvented plays.Vengeful & sensual domestic tragedy remixed with flair.

"The play becomes a powerful study in male brutality, stripped of many other layers of meaning. Never more so than in the last scene, which is as vicious and shocking as anything I’ve seen on stage recently."
Read more