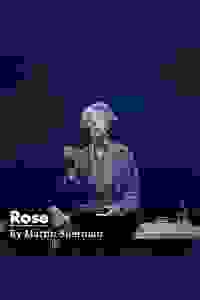 In this one-woman show, Rose - a feisty Jewish woman - retraces her steps from her early life in a tiny Ukrainian village, to surviving in a Warsaw ghetto during Nazi rule to traveling to the U.S. and achieving the American dream.

Dame Maureen Lipman stars as Rose in a show that highlights the importance of unity in the face of adversity and the need to recognise people's suffering.

The digital production of 'Rose' won an Off Com award and in 2020 Country Music an Off West End award.

See it if you want to see a rather wry monologue performed by an unquestionably great actor.

Don't see it if you aren’t interested enough in the topic to sit through over 2 hours of just talking- no frills or staging really, just a simple monologue. Read more

"This is Dame Maureen's night and she makes of it a masterclass: her 'Rose' is funny, unflinching, deeply moving; she's benign, tricky, damaged, powerful, a mass of contradictions and a crucible of sheer humanity."
Read more

"Maureen Lipman’s magnificent solo performance is spell-bindingly captivating, and to see her perform it without a screen between actor and audience, feels like an unforgettable privilege."
Read more

"Despite its wry gags the play becomes mired in claggy exposition and an episode of blunt whimsy when Rose invokes her first husband’s spirit."
Read more