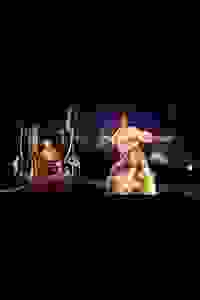 The untold story of the great Mary Prince and her legacy as a voice for the silenced and enslaved.

Amantha Edmead's play tells the phenomenal story of one woman who was born into slavery and in turn, became an influential figure in the fight for freedom for others. Using her voice and autobiography to educate people in the experiences of the enslaved, her work heavily influenced others in the fight for abolition. Here, her story is told through song, live drumming, and dance. Directed by Euton Daley.