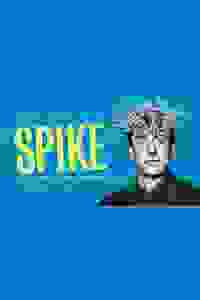 While Harry Secombe and Peter Sellers work on what will become one of the most internationally renowned radio comedies - 'The Goon Show' - head writer & performer Spike finds himself pushing the envelope and testing the BBC's patience!

Flanked by his fellow Goons and bolstered by their sound assistant Janet, Spike takes his haunted past and morphs it into the future of British comedy. The Second World War may be over, but his war with the BBC & himself has just begun ...

See it if you love the comedy of Spike Milligan and want to see a good recreation of his work with the goon show and his relationship with the BBC.

Don't see it if you’re looking for a more up to date comedic style. Milligan was and is undoubtedly funny, but that’s not to say his jokes haven’t aged.

See it if you enjoy Spike Milligan, The Goon Show or oddball humour

"A touching and funny tribute, 'SPIKE' is an accomplished and incredibly enjoyable show, whether you are a Goon fan or not."
Read more