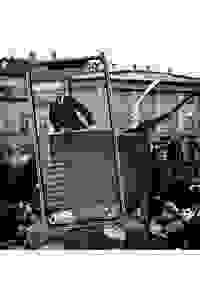 View in admin
Ten Days
London: Isle of Dogs
Buy tickets from £13 from the Box Office
Score it

Matthew Jameson's political thriller in a retelling of ten days that changed Russia & the world.

Over the course of 10 months, a series of mistakes made by the newly free Russian government transformed a burgeoning democracy into a giant political experiment. But despite the protestations of the people, nobody seemed to notice or care.

'Ten Days' is based on the memoirs of those that lived through the February uprising & the Storming of The Winter Palace in a thrilling drama that turns history into a state-of-the-nation play.