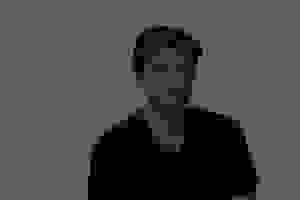 View in admin
The Art of Illusion
London: Hampstead
85
Score it Scored!

The Art of Illusion London Reviews and Tickets

It's 1984, and a man meets a woman in a Parisian café. He is returning the bag she thought she lost on the metro, but instead of telling her the truth that he stole her bag, he tells her the story of master magician Jean-Eugène Robert-Houdin. Together they venture to a theatre beneath the Boulevard des Italiens to break into a museum to uncover the mystery of the Mechanical Turk.

See it if Magic, plays and history as this has it all!

Don't see it if You don't like a slow burner or knowing the history of magicians!

"The company might get better as they grow more skilled in the tricks involved in the production, but it's difficult to save a show that feels as tired and unsophisticated as a seaside attraction."
Read more

"Energy is good, but there are too many moments where the playing has the have-a-go feeling of an improv night. In this intimate space especially, the effect is fidgety, sometimes amateurish."
Read more

"A bewildering array of superfluous plot lines and supporting characters, plus the breakneck pace of much of the staging tends to make the script itself feel ponderous, despite translator Waleed Akhtar's frequently enjoyable attempts to fill it with comedy."
Read more

"In a production that manages to be both manic and flat-footed, there is simply too little to engage with or to care about."
Read more

" 'The Art of Illusion' is not without pleasures but it does lack the confidence and lightness of touch that might make Michalik’s play fly."
Read more

"Thematically it’s stretched a little thin at times, but as a performance it’s a tonic ... a fast-moving evening being thoroughly entertained by an impressive cast."
Read more