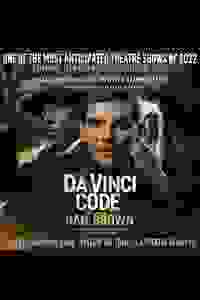 The world premiere of the stage adaptation of Dan Brown’s international bestselling novel.

After the curator of the Louvre has been murdered and a baffling code placed next to his body, Professor Robert Langdon and fellow cryptologist Sophie Neveu race through the streets of Europe to decipher the puzzle before an earth-shattering historical secret is lost forever.

Based on the best-selling novel of this century, 'The Da Vinci Code' has its world stage premiere on this UK tour.