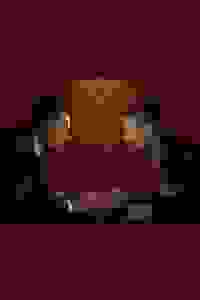 View in admin
The End of the Night (London)
London: Finsbury Park
Score it Scored!

The End of the Night (London) London Reviews and Tickets

A war-time drama captures a secret meeting between a Nazi and a World Jewish Congress member.

Set during the final stages of WWII, a physiotherapist facilitates a private meeting between the architect of the Holocaust, Heinrich Himmler, and a member of the World Jewish Congress, Norbert Masur. This takes place without Hitler's knowledge.

If successful, the meeting could persuade Himmler towards an idea which could save thousands of lives during the downfall of the Third Reich as battle lines begin to crumble.

An absorbing quasi-historical play by Ben Brown ('Tree Days in May', 'A Splinter of Ice'). This production is recommended for ages 14+.

Masur gets a couple of bookending, reflective monologues, yet these only make the play feel more stiff and declamatory. And a late, vivid speech by Olivia Bernstone ... feels awkwardly tacked on. It’s a great shame; but history this weighty demands much more dramatic heft.
Read more

Brown’s writing, paired with Alan Strachan’s direction, does a good job of balancing levity with the seriousness of the subject. I would have preferred less of an educational feel, but others might appreciate this.
Read more