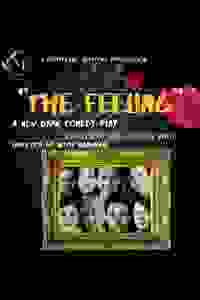 A new dark comedy about a group of friends battling through a series of dark events.

A group of eight friends embark on a journey that uncovers secrets and insidious lies that make them question if they really know the people closest to them. Alcoholism, co-dependency, lust, manipulation, and murder plague the group, leading to betrayal of the worst kind.

Fresh from its R&D at The Other Palace, 'The Feeling' contains strong adult themes such as sex, alcoholism, murder & suicide.