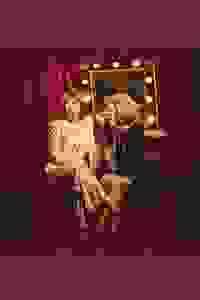 A comic and fast-paced take on the meetings of the great Barbra Streisand and Joan Rivers.

'The Funny Girls' sees two titans of stage and screen meeting in their younger years as nobodies and ten years later as somebodies. While young and insecure, it's Joan Rivers who must convince Barbra Streisand to take to the run-down stage in a shoddy play they've been cast in. Meeting again years later, the superstars have reached great heights and the power dynamic has shifted. Starring Mia Tomlinson ('The Beast Must Die') and Rosanna Harris ('Grease'). Michael Strassen directs.

Don't see it if You don’t enjoy musicals and a long musical.