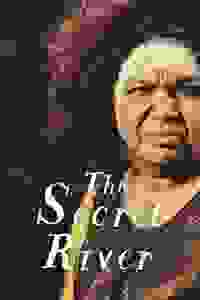 William Thornhill is a convict from London who has hopes of making a fresh start in New South Wales. But he soon discovers that the land he thought was his actually belongs to the indigenous Dharug people who have been there for centuries. Adapted for the stage by Andrew Bovell, with direction by Neil Armfield. The Sydney production won the 2013 Helpmann Award for Best Play.

See it if the subject matter interests you.

Don't see it if can't sit through long runtime.

The leads are personable and Neil Armfield’s production features more decent roles for indigenous actors than I’ve seen in any Aussie play in London. But... there’s a looming sense of self-congratulation in this cultural expiation for past sins.'
Read more

Neil Armfield’s resonant, turbulent production..sing[s] out from the stage of the Olivier like an epic, with its conflicts, culture clashes, and quest for new territories... A resonant tragedy of mutual incomprehension.'
Read more

Ola Ince’s direction demands a little too much open-mouthed astonishment from her actors, but Steven Mackintosh is good as a career-troubled yuppie and Isabella Pappas shows promise playing an omigod teenage girl.'
Read more

This is an all-encompassing play that has you laughing one minute and on the verge of tears the next. A devastating eye-opener... presented with great sensitivity and craft.'
Read more