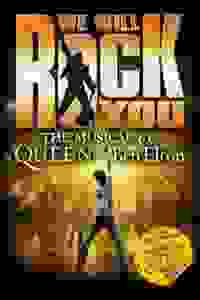 View in admin
We Will Rock You (London)
London: Wimbledon
Score it Scored!

We Will Rock You (London) London Reviews and Tickets

Ben Elton returns to direct a new 20th anniversary tour of a musical which had its London premiere in 2002 and became one of the West End's longest running musicals.

Set 300 years in the future, 'We Will Rock You' imagines a world in which a large monopolising corporation Globalsoft has outlawed live music and destroyed all instruments. It's up to the rebellious Bohemians to restore music to its former glory.

Featuring the classic songs of the rock group Queen such as 'We Are the Champions', 'Somebody to Love' and 'Under Pressure'. This production is recommended for ages 10+.

The standout performance comes from Elena Skye as Scaramouche. This modern classic of a musical isn't entirely at ease in an ultra-contemporary revival, but is nonetheless a thoroughly entertaining celebration of an iconic set of songs.
Read more