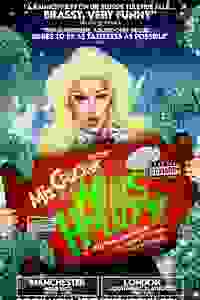 View in admin
Who's Holiday! (London)
London: Elephant and Castle
Score it

Drag star Miz Cracker stars in this adult reimagining of Cindy Lou Who's story after the Grinch left Whoville.

A middle-aged Cindy Lou Who, now residing in a grubby trailer in the hills of Mount Crumpit, is set to host a Christmas Eve party for her friends. As she prepares, she recalls the fated night when she met the Grinch for the first time, and how that event took over the past 40 years of her life.

Ru Paul's Drag Race alum Miz Cracker stars in this irreverent solo show that serves as a heartfelt holiday parody of one of Dr. Seuss' most beloved Christmas stories.