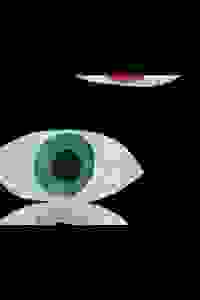 Paul and Cecil Green, two Jewish brothers from Dublin, travel to East London to tackle antisemitism. Their Irish nationalism propels them towards Jewish nationalism as they struggle against British Imperialism to form a Jewish nation-state. When violence between British soldiers and Jewish terrorists comes to a head, Paul and Cecil become involved in an act of terrorism that changes both their lives forever,

See it if you have a passing interest in Jewish traditions, creation of Israel, or love triangles...

Don't see it if verbal references to Jews/camps in WWII will upset you or if you're hoping for a contextual history lesson or if you're after a good drama. Read more

"One feels immensely for the performers. They have a good stab at trying to inject their characters with warmth and depth."
Read more

"The script remains relentlessly schematic. All credit to the actors for making it almost seem plausible."
Read more

"This play feels like an outline for a novel that has yet to find its focus, rather than a compelling piece of drama."
Read more

" '12:37' is a stunningly acted and cleverly created piece of theatre. "
Read more