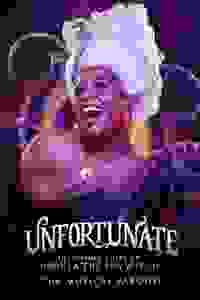 View in admin
Unfortunate: The Untold Story of Ursula the Sea Witch (London)
London: City of London
86
Score it Scored!

Cruella has told her side of the story, as has Maleficent ... now it's time for Ursula to tell her tale of sex, sorcery and suckers!

Join Ursula as she goes under the surface to tell you what really happened under the sea. With an original pop soundtrack and blue humour, it’s time to take the plunge to explore the Disney diva's untold story.

See it if A fun show, parody of the little mermaid.

Don't see it if Sound quality was pretty poor, and I struggled to hear a lot of the lyrics

Don't see it if You are expecting a cute Disney show

See it if Hilarious and unexpected show, Ursulas voice is amazing and you will not be disappointed

Don't see it if If you are a prude, not for the faint hearted

See it if Really smart story, extremely funny with characters with great personality

See it if You like funny but very rude! Cleverly uses the plot of the original film and fills in the gaps. Fantastic job by Robyn Grant as Ursula

Don't see it if You don’t like bad language or rude, sexual references.

See it if You want to laugh so hard to unexpected funny act, and if you are interested in knowing the story of Ursula. It was really done in smart way

Don't see it if You are not into adults jokes.

See it if You enjoy a well done parody, and laughing a LOT

Don't see it if You don't like sexual or raunchy humour.

"I have never seen a Fat Rascal show, but unfortunately for this risk-taking company, Unfortunate is fairly formulaic ... the show has a promising premise, but an unoriginal execution."
Read more