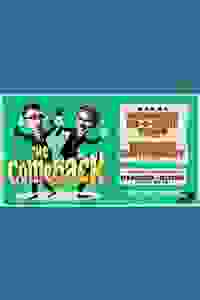 This is the debut play of the award-winning Ben Ashenden and Alex Owen. The show follows an up-and-coming double act who are set to be the warm-up act for an older, almost-retired double act. Whispers of a celebrity in the audience spark a hilarious sequence of rivalry and chaos. Laughter, escapism and high energy comedy are promised. Directed by Emily Burns.